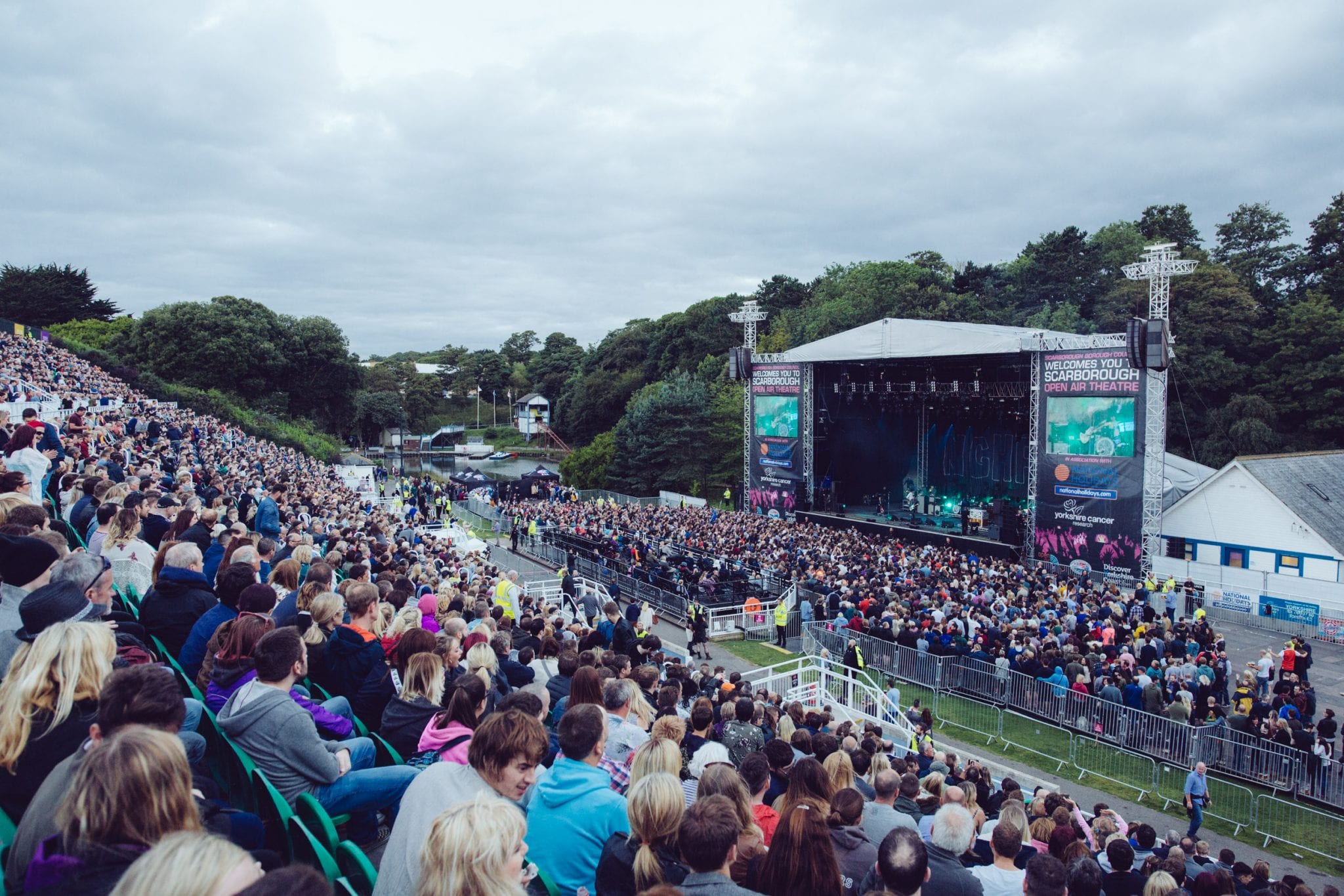 Concert promoters Cuffe and Taylor aim to increase the number of live music events at Scarborough Open Air Theatre in 2017 – a move that could boost the resort’s tourist economy by £5m.

The UK-wide promoters, who are entering the second year of a five-year exclusive deal to programme all live music events at Europe’s largest open air theatre, are planning to schedule 18 concerts in 2017 compared to the 10 hosted in 2016.

A planning application has now been submitted by venue owner Scarborough Borough Council which will be presented to its Planning Committee for a decision in early 2017.

The theatre currently has permission to hold up to 12 major concerts or events each year. If the application to allow more concerts/events is approved, it would make 2017 the biggest summer line-up in Scarborough OAT’s history.

More than 50,000 people attended Cuffe and Taylor concerts at Scarborough OAT in 2016.

If plans are approved around 108,000 tickets will go on sale across the 18-planned events for 2017. And with more than 40% of gig goers to Scarborough OAT expected to come from outside the YO postcode area, as they did in 2016, it is estimated the boost to the local tourism economy could be in the region of £5m.

Music legends CLIFF RICHARD and THE BEACH BOYS have already been confirmed to appear in 2017, with more acts set to be announced in the coming weeks.

“We want to make 2017 even bigger and better and we would love to be able to extend the number of shows.

“Scarborough OAT is such a wonderful venue, and the Yorkshire crowds love live music so it makes perfect sense to aim high and look to extend the number of acts.

“Not only would this be great for local concert goers but also the tourist economy as these shows would attract thousands of extra visitors to Scarborough and the beautiful Yorkshire coast.

“We have already announced Cliff Richard will appear as part of his nationwide tour and we were, this week, delighted to reveal The Beach Boys will also be at Scarborough OAT in 2017. We cannot wait to announce more internationally renowned stars to join them.”

The Beach Boys will play Scarborough OAT on Wednesday May 24 followed by Cliff Richard on Thursday June 29.

Tickets for The Beach Boys at Scarborough OAT go on sale at 9am Friday November 25th from www.scarboroughopenairtheatre.com  or via Scarborough Tourism Bureau on 01723 383636. Tickets are also available from www.ticketmaster.co.uk