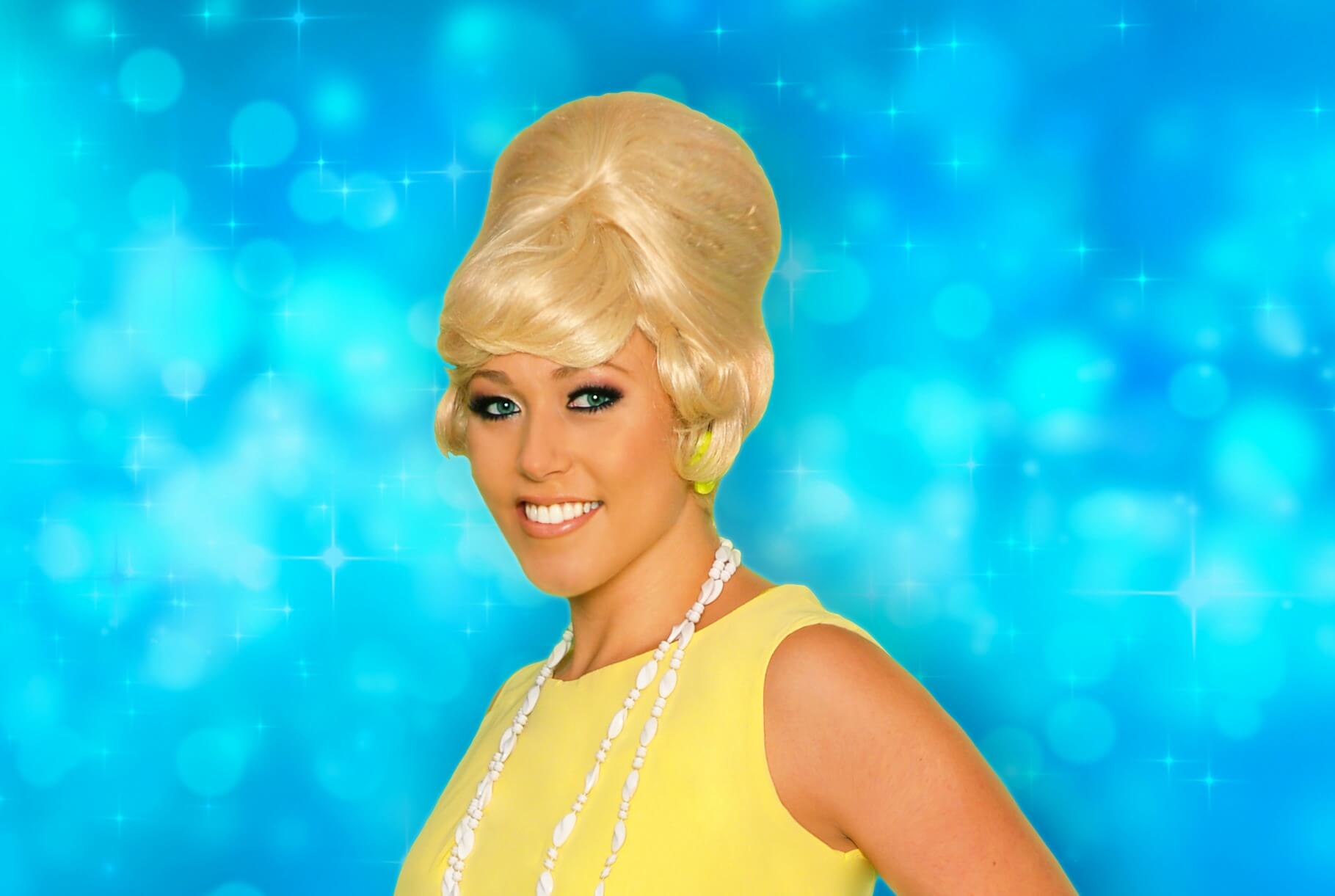 Pop star and former X-Factor finalist Amelia Lily is to complete the line-up of hit Mod Musical SHOUT! when it heads to Blackpool Opera House this Autumn.

SHOUT! comes to Blackpool Opera House from October 19 to November 03 and tickets are available now from www.wintergardensblackpool.co.uk

Amelia rose to fame back in 2011 when she finished third on the eighth series of The X-Factor. Her debut single You Bring Me Joy reached number two in the UK Singles Chart and since then Amelia has carved herself a career in musical theatre with credits including Joseph and his Amazing Technicolour Dreamcoat and Green Day’s hit punk rock musical American Idiot.

Speaking about her role as Yellow Girl in SHOUT! Amelia said: “I can’t wait to get to Blackpool and start Shout! It contains some of my favourite music. I’m joining a talented group of girls to bring this infectious musical to life and I can’t wait to open at the Winter Gardens later this year.’

West End, TV and former pop star Suzanne Shaw will lead the cast in the hit jukebox musical playing Red Girl and joining her will be Atomic Kitten and musical theatre star Liz McClarnon as Green Girl and former X-Factor finalist and musical theatre star Niki Evans as Orange Girl. Blue Girl will be played by Helena Blackman who, after rising to fame in Andrew Lloyd Webber’s TV show How Do You Solve A Problem Like Maria, has played countless roles in the West End.

SHOUT! is billed as the ultimate mod musical as this smashing revue tracks five groovy gals as they come of age during those liberating days that made England swing and includes a packed soundtrack of some of the biggest hits from the 1960s.

SHOUT! flips through the years like a musical magazine and takes you back to the music, fashion and freedom of the 60’s with hits from the likes of Petula Clark, Lulu and Dusty Springfield. Using letters to an advice columnist, true confessions, quizzes and advertisements SHOUT! boasts terrific new arrangements of such chart-topping hits as “To Sir With Love,” “Downtown,” “You Don’t Have to Say You Love Me,” “Son of A Preacher Man,” and “Goldfinger.”

With its irresistible blend of hip-swivelling hits, eye-popping fashions and psychedelic dances from the 60’s, this fun-filled musical will make you want to throw your head back and SHOUT!

SHOUT! is presented by Peter Frosdick who most recently produced both A Christmas Carol and Tommy The Rock Opera at Blackpool Opera House.

Peter said: “We are thrilled Amelia Lily is able to join the cast of SHOUT! We have a fantastic line-up here and one which I feel appeals to a wide range of ages.

“SHOUT! is the perfect fun show and one where we want to see the audience up on their feet and dancing in the aisles. I am confident that with these five strong young women leading the show this is going to be one heck of a show to shout about in Blackpool this October!”

Winter Gardens Managing Director Michael Williams added: “Amelia Lily is a fantastic addition to what is already a very strong cast for SHOUT! and I am sure the show will be met with great enthusiasm when it opens in Blackpool.”

SHOUT! will run at Blackpool Opera House from Wednesday October 19 to Thursday November 3.

Tickets are on sale now priced from £15.