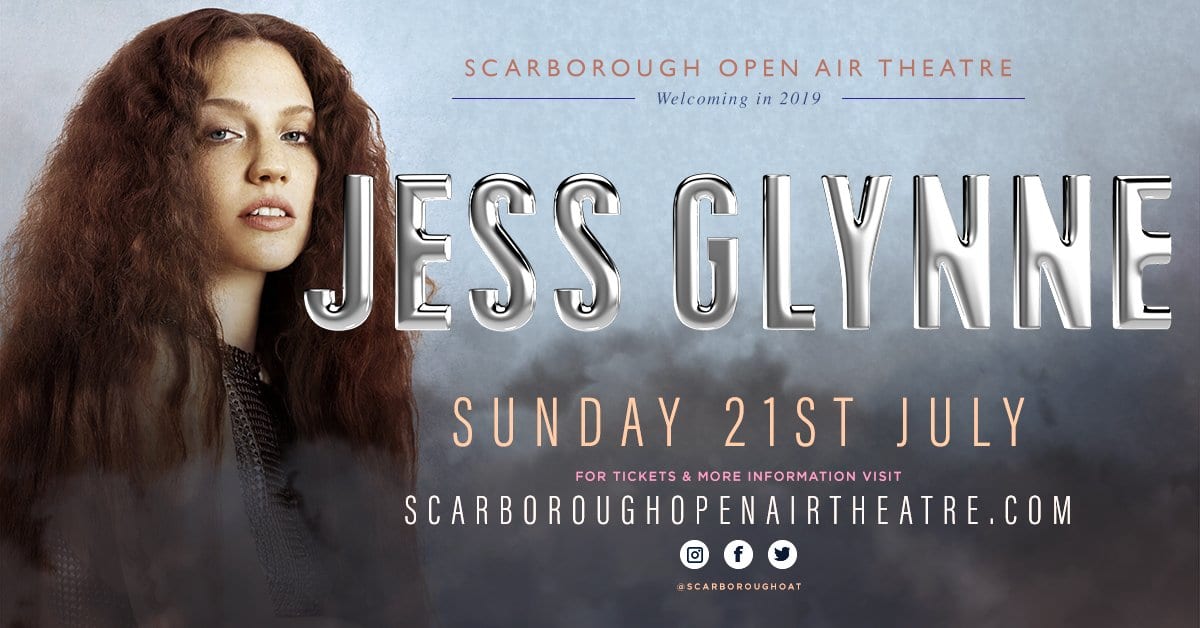 Pop Superstar Is Back For Headline Show on Yorkshire Coast

Jess – the only ever British female solo artist to score seven UK Number One singles – performed an unforgettable gig at the Yorkshire coast venue in 2017.

And in an announcement that will delight her legions of fans, Jess is bringing her stunning live show to Britain’s largest open-air arena again on Sunday July 21.

Tickets go on sale on Friday at 9am via www.scarboroughopenairtheatre

It has been an incredible five years for the North London singer-songwriter whose powerhouse vocals and fearless delivery has captured so many under its spell.

Smashing her way into the nation’s consciousness as the vocalist on Clean Bandit’s 2014 Grammy Award-winning ‘Rather Be’ and Route 94’s ‘My Love’, Jess has since become one of the UK’s biggest acts.

Her 2015 debut album ‘I Cry When I Laugh’ was one of the defining British pop records of the era. Hit singles ‘Hold My Hand’ and ‘Don’t Be So Hard on Yourself’ spawned 12 million worldwide singles sales, 39 weeks on the UK Top 10, 2.5 billion Spotify streams as well as BRIT, MTV, Ivor Novello, MOBO and Q award nominations.

2018’s much awaited follow-up ‘Always In Between’ – which includes the anthems ‘I’ll Be There’ and ‘All I Am’ – again took the charts by storm and was catapulted straight to Number One.

Throughout her ever-developing journey as an artist, Jess has built a huge fanbase and her live shows are magical and mesmerising events that simply can’t be missed.

Jess’s Scarborough Open Air Theatre gig is presented by Cuffe and Taylor. Director Peter Taylor said: “We are delighted Jess Glynne is returning to Scarborough OAT this summer. As proven here in 2017, her live shows are epic and wonderful events.

“In scoring score seven Number One hits, Jess has done something which no UK female solo artist has done before. It’s an incredible achievement and shows just how much her brilliant songs have become part of our lives over the last four years.

“We cannot wait to welcome Jess back to Scarborough for what promises to be another incredible night on the Yorkshire coast.”