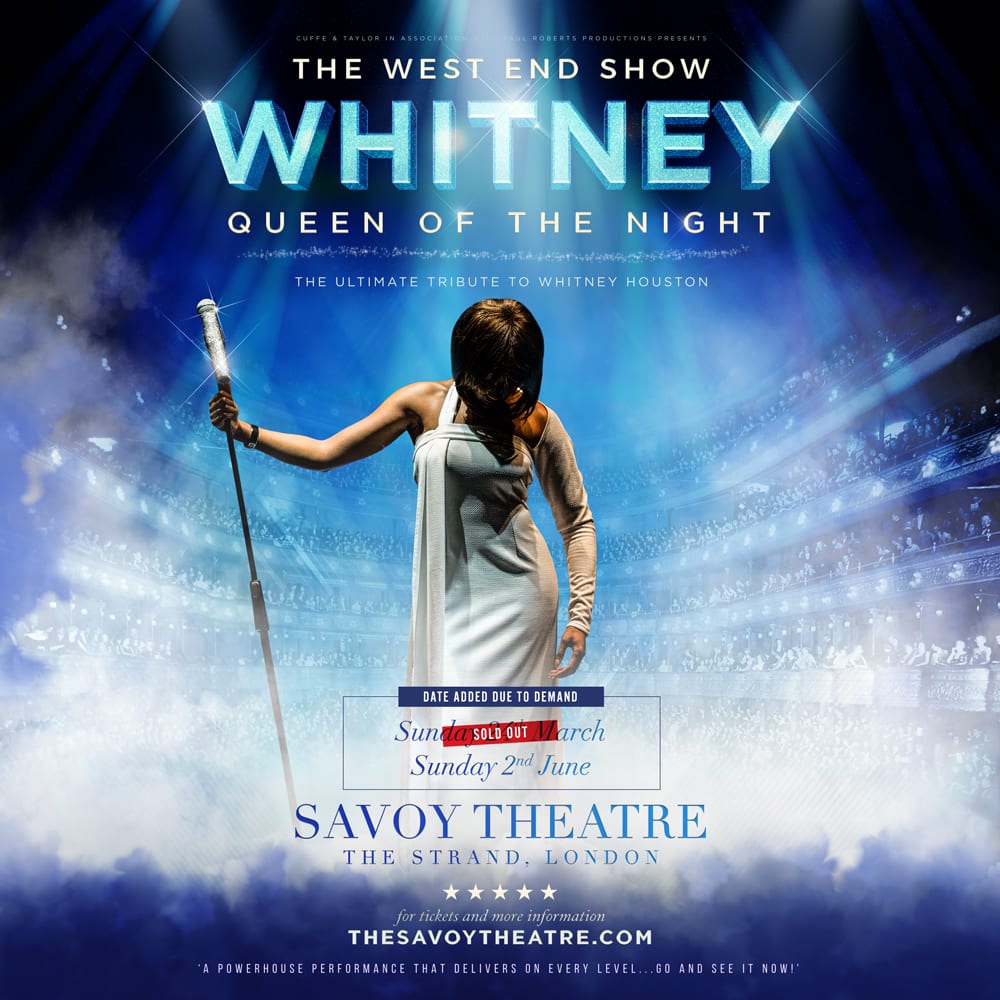 Critically acclaimed international stage sensation Whitney – Queen of the Night is to get its West End premiere with an exclusive performance.

It is announced today the stunning celebration of the music and life of one of the greatest singers of our time will be at The Savoy Theatre on Sunday March 24.

Tickets go on sale at 10am Friday December 7 from www.thesavoytheatre.com

The outstanding concert production has toured extensively across the UK and Europe for the past three years and promoters Cuffe and Taylor are delighted to be giving the show its West End premiere.

The Savoy audience can enjoy three decades of nostalgic hits, including I Wanna Dance With Somebody, One Moment In Time, I’m Every Woman, I Will Always Love You, My Love Is Your Love, So Emotional Baby, Run to You, Saving All My Love, How Will I Know, Million Dollar Bill, The Greatest Love Of All, and many more.

Speaking about playing Whitney Houston, Elesha said: “I am absolutely thrilled to be bringing Whitney – Queen Of The Night to the West End. It is a magnificent show, celebrating the life and music of a phenomenal performer.

“I’ve toured with the production in the past, and now to step into the limelight and perform as Whitney on the West End stage singing these incredible songs is an amazing opportunity, and one I’m really looking forward to.”

Ben Hatton, Cuffe and Taylor Director of Theatre Touring, added: “We are delighted to be giving Whitney – Queen Of The Night its West End premiere. This is a stunning show and The Savoy is the perfect theatre to present this to a West End audience.”

Before her death in 2012, Whitney had been hailed as the most awarded artist of all time, by Guinness World Records – with six Grammy Awards and 30 Billboard Music Awards among her 415 titles.

Whitney – Queen Of The Night is an unmissable evening paying homage to one of the best-selling music artists of all time, with a sensational cast and a stunning live band.