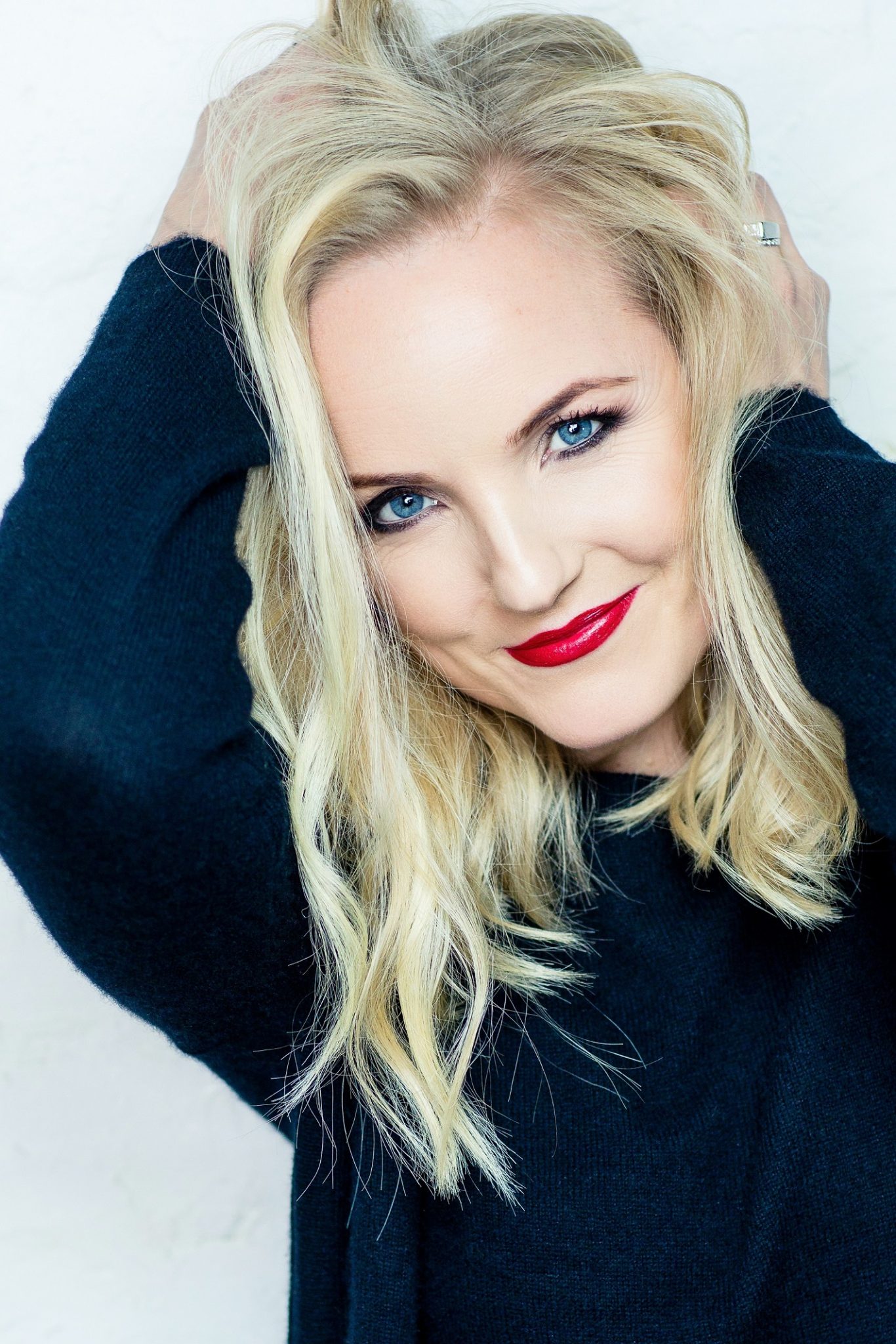 She is one of the UK’s biggest musical theatre stars – and has forged a career in music with the guidance and mentoring of Queen’s Brian May – and now Kerry Ellis is preparing for a brand-new show which will premiere at Scarborough Open Air Theatre this summer.

Kerry Ellis is the UK’s leading lady of musical theatre, who originated the role of Meat, in Queen musical We Will Rock You. Since then, she’s forged a long-standing musical relationship and friendship with Queen guitarist Brian May, who describes the stage star as having “Britain’s most beautiful voice”.

Brian produced Kerry’s debut album Anthems, and they jointly released the follow up Golden Days in 2017, as well as extensively touring the UK and Europe together. The Scarborough Open Air Theatre premiere on August 31 comes ahead of the UK tour in April 2020.

We caught up with Kerry for a chat about her long-standing relationship with Queen’s music, preparations for the Queen Machine Symphonic show, and open-air performances.

HOW DOES A MUSICAL THEATRE LEADING LADY END UP LINKED TO ONE OF THE GREATEST ROCK BANDS OF ALL TIME?

I met Brian May a long time ago. Before I auditioned for We Will Rock You I was in My Fair Lady and he ask me to audition for the show. I met him and Roger Taylor and worked with them closely, developing the musical. I have gone on to work with Brian for almost 15 years now, touring the UK and Europe, writing songs, putting albums together. I feel comfortable, grateful and special to be singing those songs in that environment, and that I have Brian’s blessing to do it.

SO, TELL US ABOUT QUEEN MACHINE SYMPHONIC…

There are orchestral versions of Queen’s music out there, their music has been translated for an orchestra, and people do concerts celebrating Queen – but this set up hasn’t been done before; an orchestra, the rock band and then me singing. I’m so excited about it.

It’s going to be really unusual. It’s going to be something quite special, and I can’t wait to get started. When the offer came along, it sounded interesting and like a unique experience, and I love singing these songs and in different environments, and with passionate groups of people – which I know the band and orchestra will be.

YOU’VE DONE A LOT OF WORK WITH BRIAN MAY, HOW DOES HE FEEL ABOUT BANDS PAYING TRIBUTE TO QUEEN’S MUSIC? HAVE YOU SPOKEN TO HIM ABOUT THIS SHOW – AND WILL HE BE COMING ALONG TO SOAT?

When the Queen Machine Symphonic opportunity came up, I let Brian know about it and asked what he thought. The Queen Machine guys have played for one of the Freddie celebrations and are very much welcomed in the Queen family. They’re very well established, and they are huge in Europe.

Brian enjoys that people play their music still today and embraces that tribute bands are able to take it out there around the world. And that’s another reason why the music is so timeless – that so many people are still performing it and honouring Queen.

I hope Brian will be coming. He does come and support a lot of what I do, whatever he can get to, so I’m sure if the schedule permits, but it’s often a nightmare – with touring the world.

HOW ARE PREPARATIONS GOING FOR THE SHOW?

It’s not easy to put all that together, a band and orchestra will naturally pull in different ways, so it’s going to be challenging but really interesting as we get into rehearsals. And then there’s putting a rehearsal schedule together for everyone to come together… It’s a logistical nightmare, but there’s already a huge amount of work going into everyone’s preparations and pre-production and I can’t wait for it to come together.

YOU’VE BEEN SINGING QUEEN’S SONGS FOR MANY YEARS NOW. DO YOU HAVE A FAVOURITE?

The song that is very close to my heart is No One But You. I sang that in We Will Rock You way back when and have recorded it and performed it with Brian around the world. We did it on our tour and at one point he said to me ‘It’s your song now, love it and enjoy it’. I’ve just got so many connections with it now – and it works brilliantly with an orchestra, so I’m sure we’ll be creating new memories with it in this show and tour.

WERE YOU A FAN OF QUEEN’S MUSIC BEFORE WE WILL ROCK YOU CAME ALONG?

I grew up with it; my dad was a fan and played a lot of rock music, and I listened to bands and acts like Meat Loaf, Status Quo, Bon Jovi, but also artistes like Barbra Streisand and Celine Dion. I was brought up with it but it became such a part of my life.

But really, everybody knows Queen’s music. The interesting thing today, is there’s a new generation of people interested in the music, because of the Bohemian Rhapsody film, with Queen touring with Adam Lambert, and the music is always used in films and adverts – you’re always hearing it.

I’m very proud that have a very deep connection with the music and the band and I’m very grateful for that. I always feel honoured and privileged to be doing their music with their blessing.

It’s been a big thing for me too; I always had a music career alongside musical theatre, but it probably wouldn’t have happened in the same way without that connection with Brian. He has influenced me in so many ways. Performing together on tour, and in the studio, he has educated me on putting an album together, something I had never done before. He’s been a kind of mentor to me and has helped me use the tools to make my own music.

HAVE YOU VISITED SCARBOROUGH OPEN AIR THEATRE BEFORE AND DO YOU ENJOY OUTDOOR SHOWS?

I’ve done a few open-air shows in the past and really enjoy them. It’s quite a British thing; we like braving the elements and hoping for the best. It’s exciting as a performer too, I don’t get to do them too often though. One which sticks in my mind was Lytham Festival a few years ago, and the heavens opened as I was singing Defying Gravity from Wicked – it was just a crazy moment, and so many people seem to remember it. I haven’t played the Open Air Theatre in Scarborough yet – but I’ve looked it up, and it’s beautiful so I can’t wait.

BESIDES PREPARING FOR QUEEN MACHINE SYMPHONIC, WHAT ELSE ARE YOU WORKING ON?

I’m working on some new music. I’ve not done an album of all originals before, so I’m working with writers again now. And I’m in talks with Brian again about touring or new music. A lot of concerts are in the diary throughout the summer, and I’m off to Japan again next year – I went earlier this year and it was magical, as well as the Queen Machine Symphonic tour.

ALONGSIDE WE WILL ROCK YOU, THE OTHER SHOW YOU’RE BEST KNOWN FOR IS WICKED; AND A FILM IS IN THE MAKING…

Wicked was a huge show for my career. It took me to Broadway – that was on my bucket list but I never thought I would actually get to do it. And to be the first British girl to play Elphaba, amazing. It has been a big part of my life, and it’s a show and role which resonates with fans all over the world, who go on supporting you for years after too; it’s a worldwide phenomenon. I’ll always be grateful to Stephen Schwartz and to director Joe Mantello for that opportunity; people still want me to sing that song [Defying Gravity] even though I left the show years ago.

I would love to get involved with the film! I’m sure it will be cast in America, and of course they are young girls at school – and I’ve just had a big birthday so maybe it’s not going to happen, but maybe a little cameo would be wonderful.