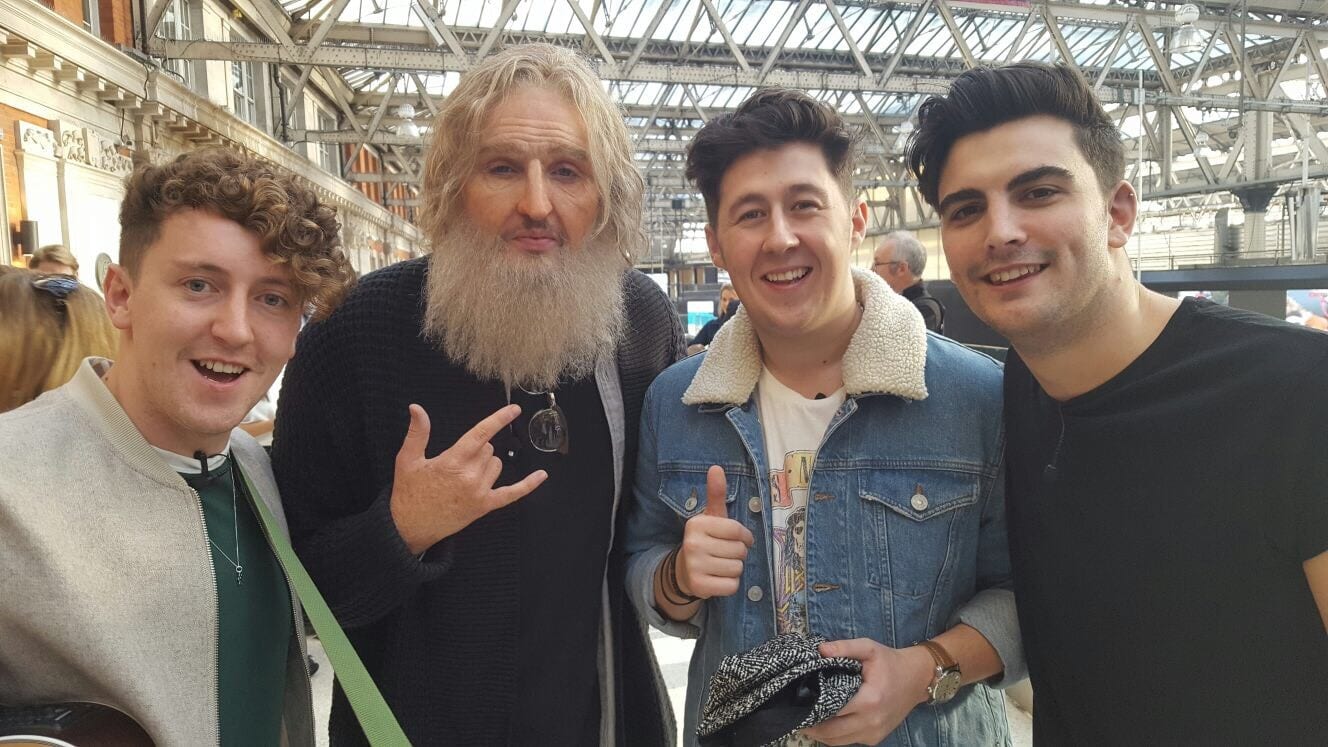 The sound of up and coming Indie pop and Radio One house-band The Tailormade is being used to encourage students to attend university.

The band’s self-penned track The Best Days of Our Lives is the soundtrack to the University of Cumbria’s series of new promotional videos.

And as former students of the university, The Tailormade, made up of Matt Pickersgill, Jack Frimston and Aaron Murphy, are delighted their music and sound is being celebrated in this way.

Matt, Jack and Aaron met and formed the band in 2013 while studying at the University in Carlisle.

Since then they’ve gone on to be crowned Best Buskers in London by former Mayor Boris Johnson, and supported the likes of Rebecca Ferguson, Lemar and CeeLo Green.

Most recently they became Radio One stars when they busked in competition with a disguised James Arthur at London’s Waterloo Station with Breakfast Show host Nick Grimshaw labelling them the station’s house-band.

Speaking about the University of Cumbria’s film, Jack said: “It feels really nostalgic to us all. We genuinely did have the best days of our lives while at Uni in Carlisle so we are incredibly proud that this track has been chosen for their videos.”

Matt added: “We all loved Carlisle and the University so for our music to be used in this way is pretty special.

“It’s a real nod of approval to us and that means a lot because it means what we are doing is making the University proud of us too.”

The videos are currently being used digitally across the university’s website, third party websites, social media channels, emails and events.

Senior Marketing and Digital Engagement Officer at the University of Cumbria, Catherine Drury, said: “The Best Days of Our Lives was a perfect fit for the recent promotional videos that we produced. The song is uplifting, and lyrically perfect as the song was written by the boys about their time at the university.

“We’ve had so many positive comments about the song, and feel the song really makes the videos stand out.”

To find out more about The Tailormade go to: http://www.thetailormade.co.uk/ and to see them busking against James Arthur go to: https://www.youtube.com/watch?v=FrMbOrW7NbY