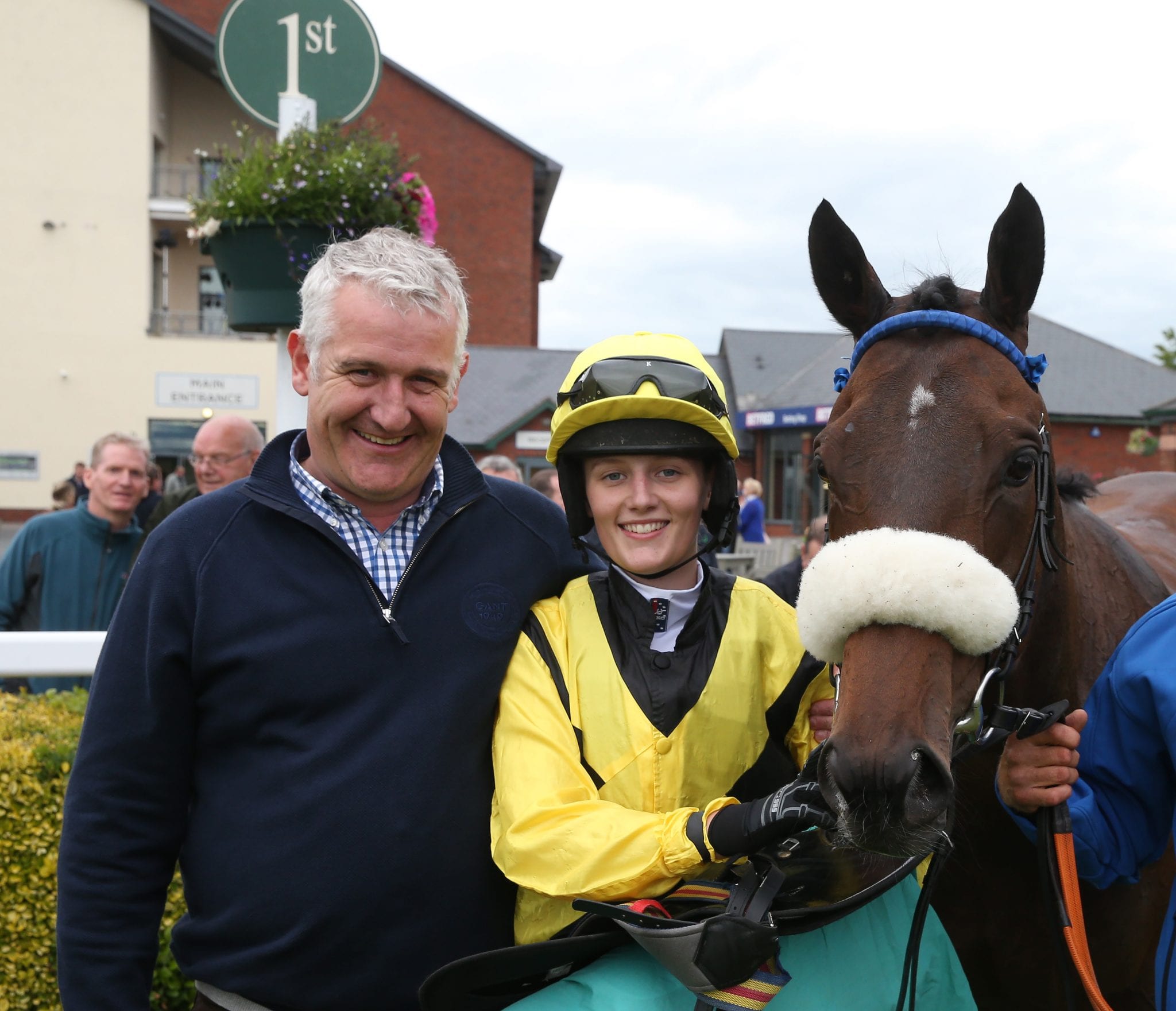 The granddaughter of Donald ‘Ginger’ McCain, who trained Red Rum to three Grand National victories, has ridden her first winner days after finishing her GCSEs.

Ella McCain was riding in her debut race on Friday night at Carlisle Racecourse. And the 16-year-old won a seven-furlong flat race on 7-1 shot Dark Confidant.

Ella told The Jockey Club: “It was brilliant. It doesn’t get much better than this, winning your first race. I’ve just done my GCSEs and this was far more enjoyable!”

He said: “Both Ella and Abbie have been pony racing for a number of years. They have plenty of experience under their belts and they were always going to get races when they turned 16.

“Success and winning the big races is something we strive for and this [Ella’s win] is just hugely satisfying.”

Both Ella and Abbie are aiming to race on #AmazingMonday at Carlisle on August 7th – the world’s first only all-female jockey card of races. Victory there, then in the Betfred Ladies’ Trophy Handicap Stakes at Haydock Park five days later, can lead to a £20,000 Jockey Club development award for young female jockeys.

After her debut win, Ella added: “I was OK as far as nerves go right up until the moment I got in the car to come here and then the butterflies started.

“I’ve ridden him (Dark Confidant) for a few days at home as we’ve only just got him but he’s a really nice horse. It was his first time at this distance but I knew he would stay on.

“How will I celebrate? I think I’ll go to bed! Next up, I am looking at Catterick on Wednesday and a ride on Tawseef who is another horse I’ve ridden at home.

“Hopefully I can come back here to Carlisle and get a ride at #AmazingMonday, with dad or anyone who will give me a chance.”

It was a proud moment for Donald McCain, who saw his other daughter Abbie ride her first winner earlier this month at Wolverhampton and trains Ella’s winning horse Dark Confidant.

Donald, whose father ‘Ginger’ McCain trained Red Rum to three National wins in the 1970s and Amberleigh House to victory in the 2004 National, could not hide his joy in the winners’ enclosure.

He added: “It’s a great sport to be involved in. A couple of years ago I might have lost sight of the fact that this is the important part of what we do.

“Yes, we want to be very successful but to be working with the family is just magic.”