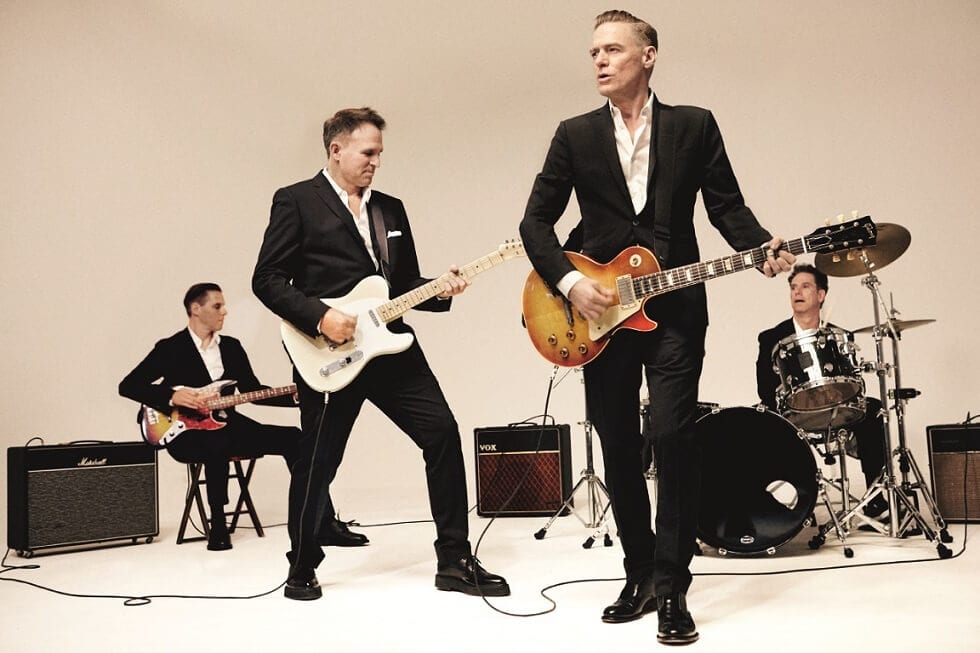 Rock legend Bryan Adams is heading to the Yorkshire coast this summer for a special one-off concert.

It is announced today that Adams will play a full concert at Scarborough Open Air Theatre on Monday August 8.
Tickets go on general sale at 9am Friday April 1, and are available from www.scarboroughopenairtheatre.com or www.ticketmaster.co.uk
The Scarborough gig marks the first time the multi-platinum award-winning recording artist has played live on the Yorkshire Coast making this a very exclusive engagement.
The rock giant most recently launched his thirteenth studio album Get Up and will entertain the crowds with a string of new hits (You Belong to Me, Brand New Day) together with such classics as Summer of 69, (Everything I Do) I Do It For You, Cuts Like a Knife and Run To You.
The gig is being organised by promoters Cuffe and Taylor.
Director Peter Taylor said: “It is fantastic to be announcing that Bryan Adams is coming to Scarborough Open Air Theatre.
“He is without a doubt an international rock legend and to be able to secure an artist of his calibre for Scarborough and the wonderful Open Air Theatre is huge.
“We are delighted we have been able to make this happen and we look forward to what is sure to be a fantastic night.”

Tickets for Bryan Adams are priced from £49.50 for the concert with seating and standing options.

The news Bryan Adams is heading to Scarborough comes just to weeks after Cuffe and Taylor announced Noel Gallagher’s High Flying Birds would also be heading there in August.
Peter added: “The line-up for Scarborough Open Air Theatre this year is shaping up really well. So far we have announced Noel Gallagher’s High Flying Birds, Simply Red, Will Young, Status Quo, Legends of Pop, Paul Heaton and Jacqui Abbott, Alfie Boe and now, Bryan Adams.
“There is an absolute abundance of talent in that line up and we look forward to announcing even more acts soon.
“We want to put Scarborough on the map for live entertainment and I am confident that by providing such a great mix of musical genres ensuring there is something for everyone, we can do just that.”
Tickets to see Bryan Adams go on sale at 9am Friday April 1 from www.scarboroughopenairtheatre.com or in person from the Scarborough Open Air Theatre Box Office.
Tickets are also available from www.ticketmaster.co.uk