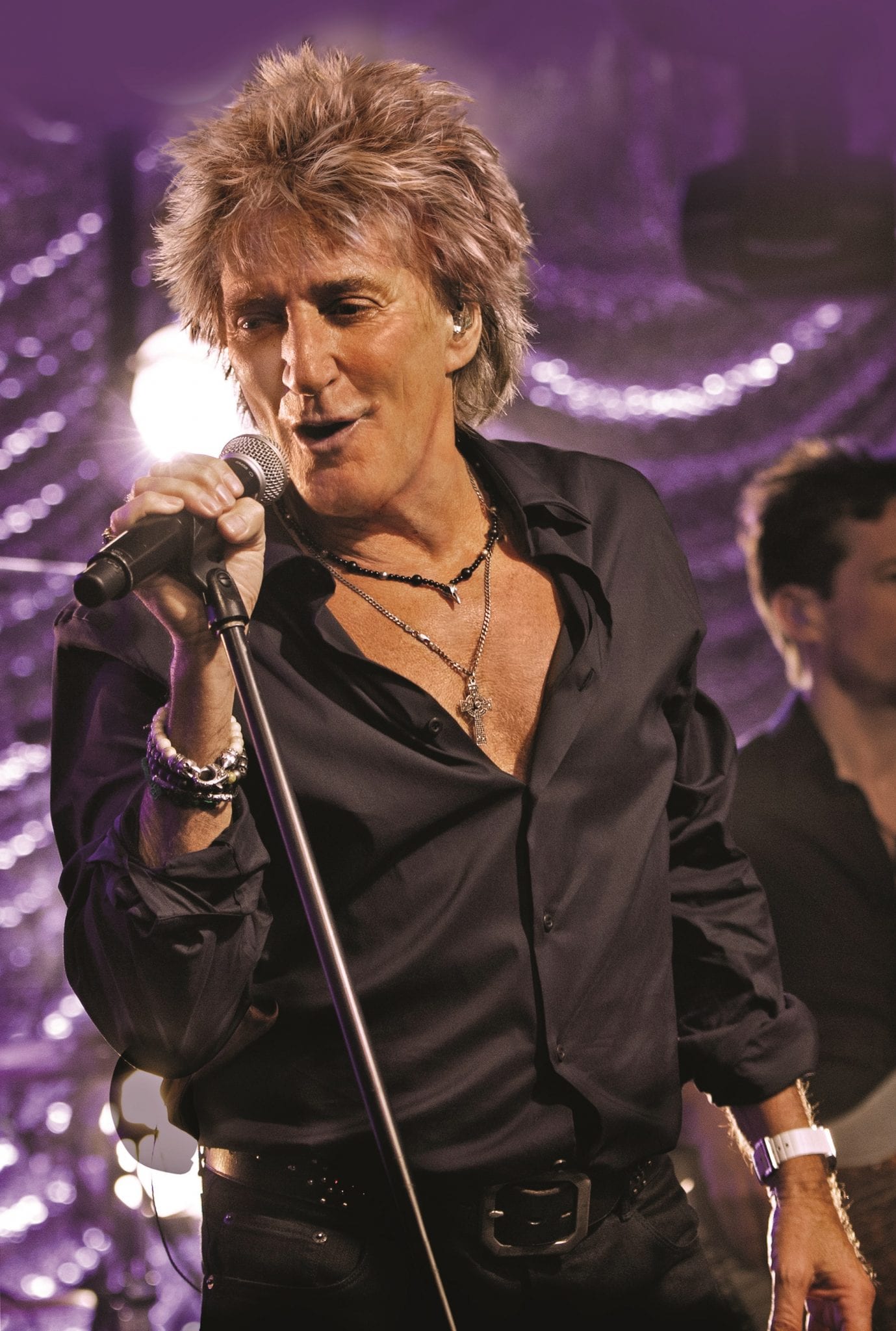 It is announced today that Rod is heading to Shrewsbury Town Football Club’s Greenhous Meadow stadium on Wednesday 7 June and Emirates Riverside, the home of Durham County Cricket Club, on Friday 9 June.

The concerts are being billed as Hits 2017 and tickets go on sale at 9am on Friday 24 February from www.ticketmaster.co.uk

The announcement Rod is to play the two gigs comes after it was announced he will be headlining at the Isle of Wight Festival on June 11.

The Durham and Shrewsbury concerts will be his only mainland UK appearances in 2017.

Rod delighted fans across the UK in 2016 with two sold-out tours – The UK Hits Stadium Tour and the arena tour “From Gasoline Alley to Another Country Hits.”

He will be bringing two spectacular live shows to Durham and Shrewsbury performing a set of both classics and new hits in his dazzling signature style. As one of the best-selling artists in the history of recorded music, with more than 200 million records sold worldwide, his performance will include show stopping classics spanning five decades including ‘Maggie May, Da Ya Think I’m Sexy, Baby Jane, The First Cut is the Deepest and I Don’t Want to Talk About it’.

Concert-goers will also be treated to tracks from his most recently released critically acclaimed platinum album ‘Another Country’, which debuted at Number Two.

The two concerts are presented by Cuffe and Taylor, who promoted Rod’s eight-date sell-out UK Hits Tour in 2016.

Director Peter Taylor said: “We are absolutely thrilled to be working with Rod again this year. These are two very special concerts ahead of the Isle of Wight Festival and we expect them to be hugely popular.

“We have now worked with Rod on numerous occasions and the reception he receives is always absolutely fantastic.

“Rod continues to entertain both his loyal followers and a new generation of fans at every concert and we expect Durham and Shrewsbury to be no exception.”

Tickets to see Rod Stewart at Shrewsbury Town FC and Durham County Cricket Club go on sale at 9am Friday 24 February from www.ticketmaster.co.uk