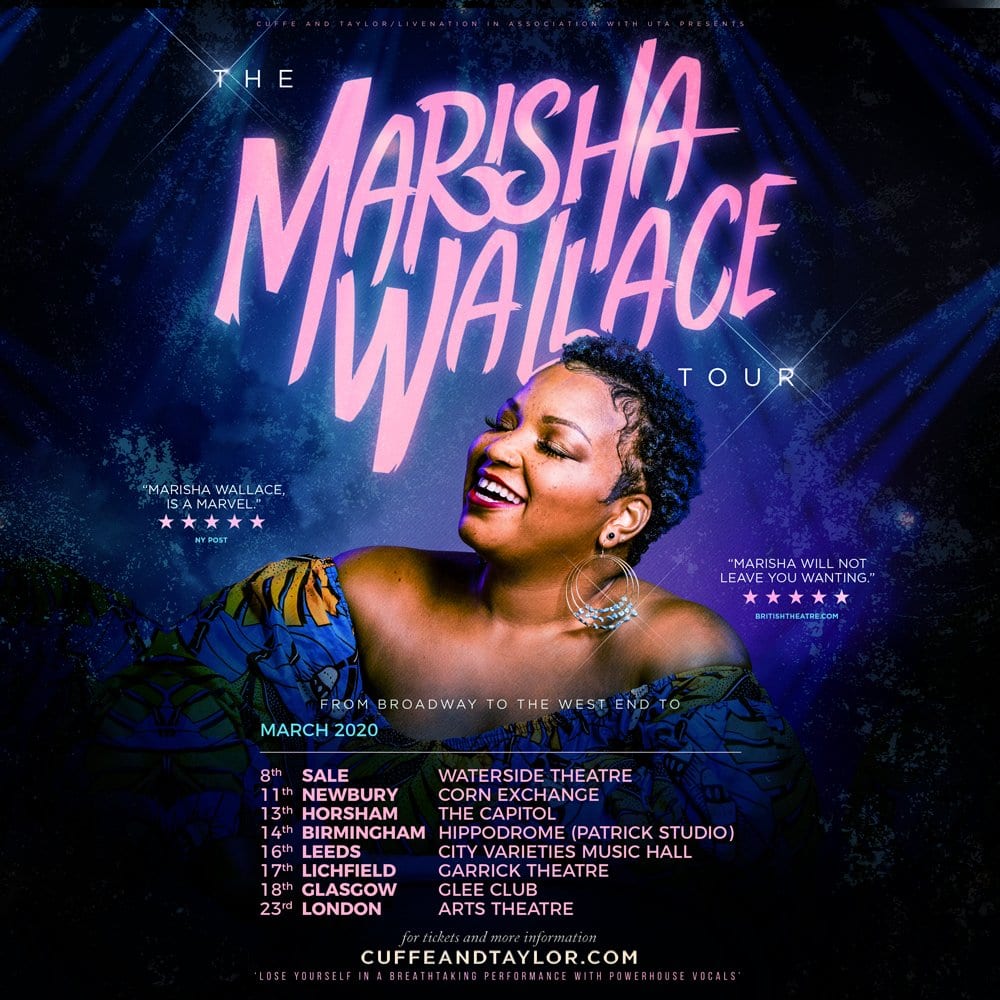 Youth choirs and musical theatre groups are being given the opportunity to perform with Broadway and West End leading lady Marisha Wallace on her debut UK tour.

They will sing two songs with the West End star including a rendition of This Is Me from the blockbuster movie The Greatest Showman.

Marisha said: “This is my first ever headline theatre tour and I’m incredibly excited to get the chance to sing the songs I adore to audiences across the UK.

“Whether they are songs from the stage, screen or my own material, there are a number in the set I know will sound amazing when sung with a choir.

“As I really want to make these shows unique and extra special, what better way to do that than to be joined on stage each night by a different local choir or musical theatre group?

“I started singing with my church choir at the age of five and so vocal groups have always played such an important part of my life.

“So, what are you waiting for guys? If you want to join me on stage, helping me sing the songs I love, then get in touch today. This tour is going to be a truly magical experience and it would be great if you could join me.”

If your choir or musical theatre group would like to join Marisha on stage at one of these dates email casting@cuffeandtaylor.com for more details.

Marisha was born and raised in a small town in North Carolina. But the small town never held down her big city dreams. From glittering New York, her unbelievable talent has taken her around the world.

On Broadway, she starred in shows including Disney’s Aladdin, The Book of Mormon and Something Rotten and then here, in the UK, as Effie White in the stellar West End hit Dreamgirls.

Following her UK tour Marisha, who recently returned to her role of Becky in Waitress at London’s Adelphi Theatre, will play force-of-nature Motormouth Maybelle in the eagerly awaited West End return of Hairspray alongside Michael Ball.