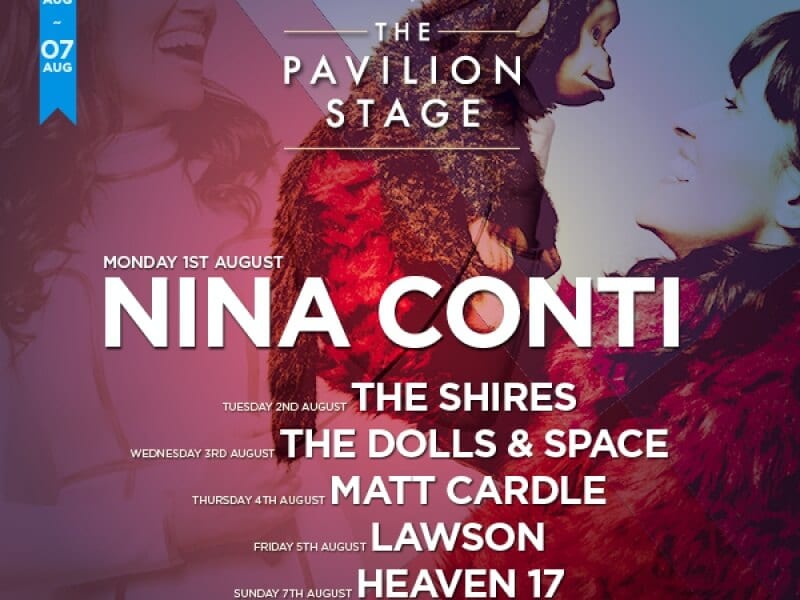 See Nina Conti Live Before She Heads To Edinburgh

Audiences will be howling in the aisles as ventriloquist and comedian Nina Conti brings a one-night show to this year’s Lytham Festival.

Conti will be performing on the Pavilion Stage at this year’s Lytham Festival on Monday August 1.
And the special one-night only performance will be her first date in the North of England this year giving fans the opportunity to see her before her 27-night run at Edinburgh Festival.
The evening of fun and frolics, which will take place at Lowther Pavilion, is just one of the growing line-up of fringe shows taking place throughout Lytham Festival across six stages.
Lytham Festival Director Peter Taylor said “Nina is a world class comedian who has had hundreds of people in stitches throughout her career.
“The line-up for this year’s festival is incredibly eclectic with everything from comedy to film, and of course big name musicians.
“One of the things that we love about organising Lytham Festival is our audience’s appetite for such a wide variety of entertainment so when we had the chance to bring Nina here, we jumped at it.”
Conti started her career performing as part of the Royal Shakespeare Company before being inspired to become a ventriloquist. Since then she has made hilarious appearances on Live at the Apollo, Russell Howard’s Good News and Sunday Night at the Palladium.
When she came onto the UK comedy scene back in 2002 she won the BBC New Comedy Awards and in 2012 directed her own documentary Her Master’s Voice which was nominated for a BAFTA for Best Single Documentary.
Lytham Festival organisers Cuffe and Taylor have already revealed Noel Gallagher’s High Flying Birds, Canadian rock giant Bryan Adams, The Village People, Bay City Rollers and musical theatre band Collabro are among those who will headline in the main Lytham Green Proms Arena.
A host of other artists will also will also perform throughout the Festival’s fringe events across five stages throughout the week. Highlights include a punk rock double header with The Dolls and Space on the Pavilion Stage and London based pop rockers Room 94 on Stage Too plus much more besides.
There will also be special outdoor film screenings of The Rocky Horror Picture Show and Labyrinth at Lytham Hall and the UK’s largest ever seaside cinema screening of Star Wars: The Force Awakens at the Lytham Green Proms Arena.
Tickets are on sale to all Lytham Festival events now and more events will be announced in the coming weeks.The Lytham Festival Box Office will open in Lytham Piazza from Sunday June 26.
For more details about all events at Lytham Festival 2016 go to www.lythamfestival.com