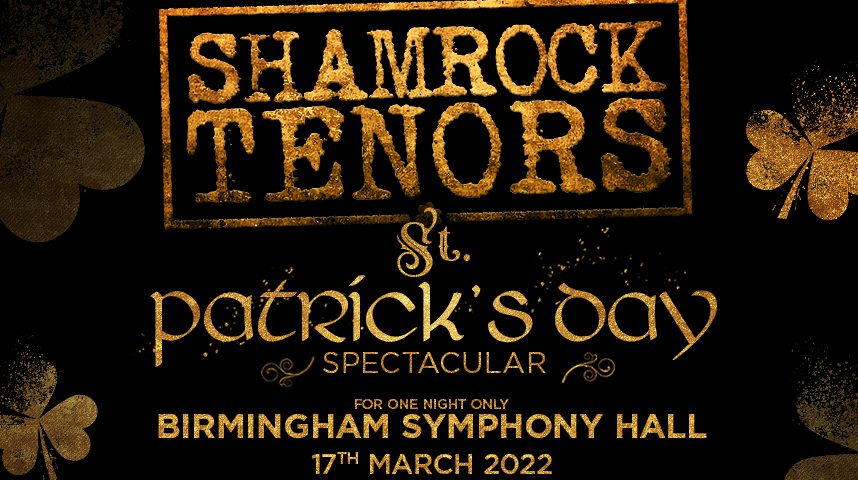 They have wowed audiences around the world – now Shamrock Tenors are heading to Birmingham for an unmissable St Patrick’s Day celebration.
Northern Ireland’s premier folk and vocal group play a headline show at Birmingham Symphony Hall on Thursday March 17.

Tickets for this one night only spectacular go on sale at 8am on Friday October 1 via www.cuffeandtaylor.com

Hailing from Ulster, this cross-community group features some of the country’s most exciting new musical talent who have not only featured in West End shows but won Irish dance championships across the world.

Formed in 2018, the group – whose line-up is Lisburn-born brothers Jack and Raymond Walsh and good friends Jamie Johnston, Matt Good and new recruit Matthew Campbell – have performed to audiences across four continents and won rave reviews wherever they play. 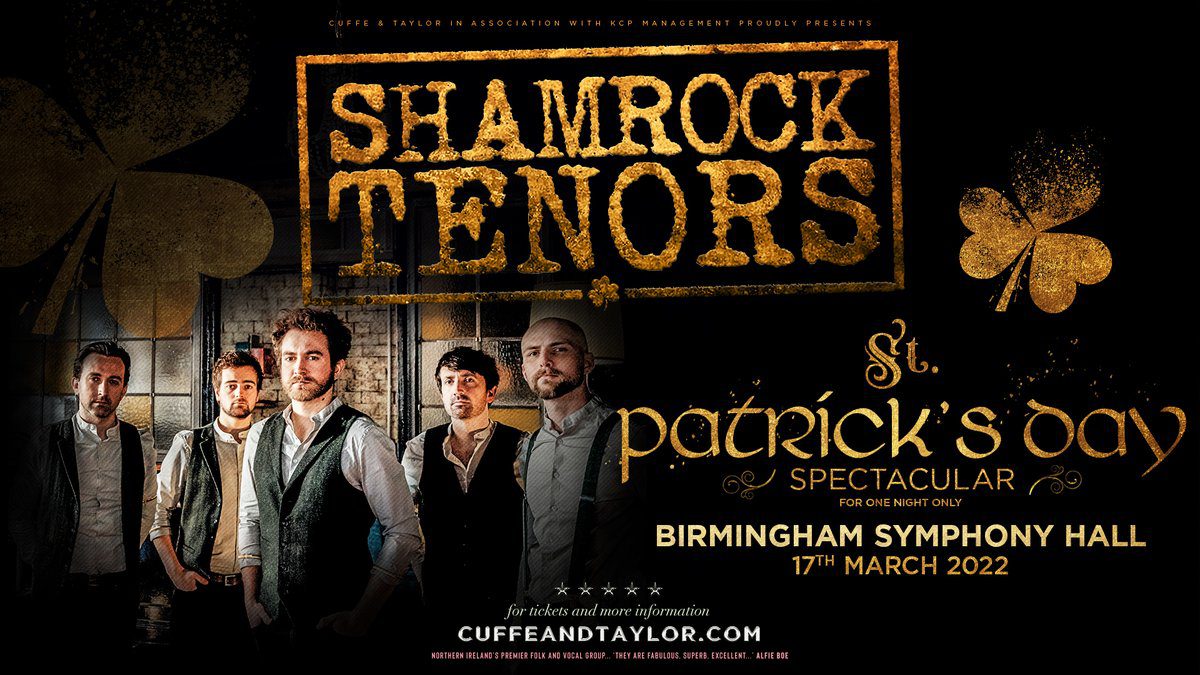 Their debut single, a cover of the iconic song Grace, went to Number 1 on the iTunes World Music Charts in June 2020 and their videos have amassed more than one million online views in the last year alone.

The band’s special concert at Belfast’s Ulster Hall, filmed during lockdown, has also been picked up by major streaming sites across the world.

Shamrock Tenors are on a mission to bring their favourite traditional Irish songs to a modern and worldwide audience.

So, Birmingham, put on your dancing shoes, grab yourself a drink and get ready for a night not to be missed in a city famed for its strong Irish community and historic links to the Emerald Isle.

Shamrock Tenors will treat the audience at Birmingham Symphony Hall to a stunning and eclectic mix of songs including classics Will Ye Go Lassie Go, Whiskey in the Jar and Wild Rover, to more modern hits by artists such as Van Morrison and U2.

Raymond Walsh, who starred in Les Misérables on London’s West End, says the band cannot wait to return to the stage in the UK.

He said: “Last St Patrick’s Day we were performing a show via live stream from Dublin. It is going to be such a good feeling to get back on stage in front of a live theatre audience again.

“Birmingham Symphony Hall is a beautiful venue and we are looking forward to bringing a similarly beautiful collection of the most beloved Irish folk songs ever written to this wonderful city. It’s going to be a St Patrick’s Day to remember – and one we cannot wait for!”

Together with building an impressive online and live following, Shamrock Tenors have appeared on many TV shows. Earlier this year, they were chosen by Tourism Ireland to feature in a new promotion championing Belfast and Northern Ireland.

The band’s beautiful rendition of singer-songwriter Alex Quinn’s captivating song Belfast featured Normal People star and Lisburn-born actor Desmond Eastwood in the video together with many of Northern Ireland’s most iconic places.

Tickets for Shamrock Tenors at Birmingham Symphony Hall go on sale at 8am on Friday September 24 via www.cuffeandtaylor.com