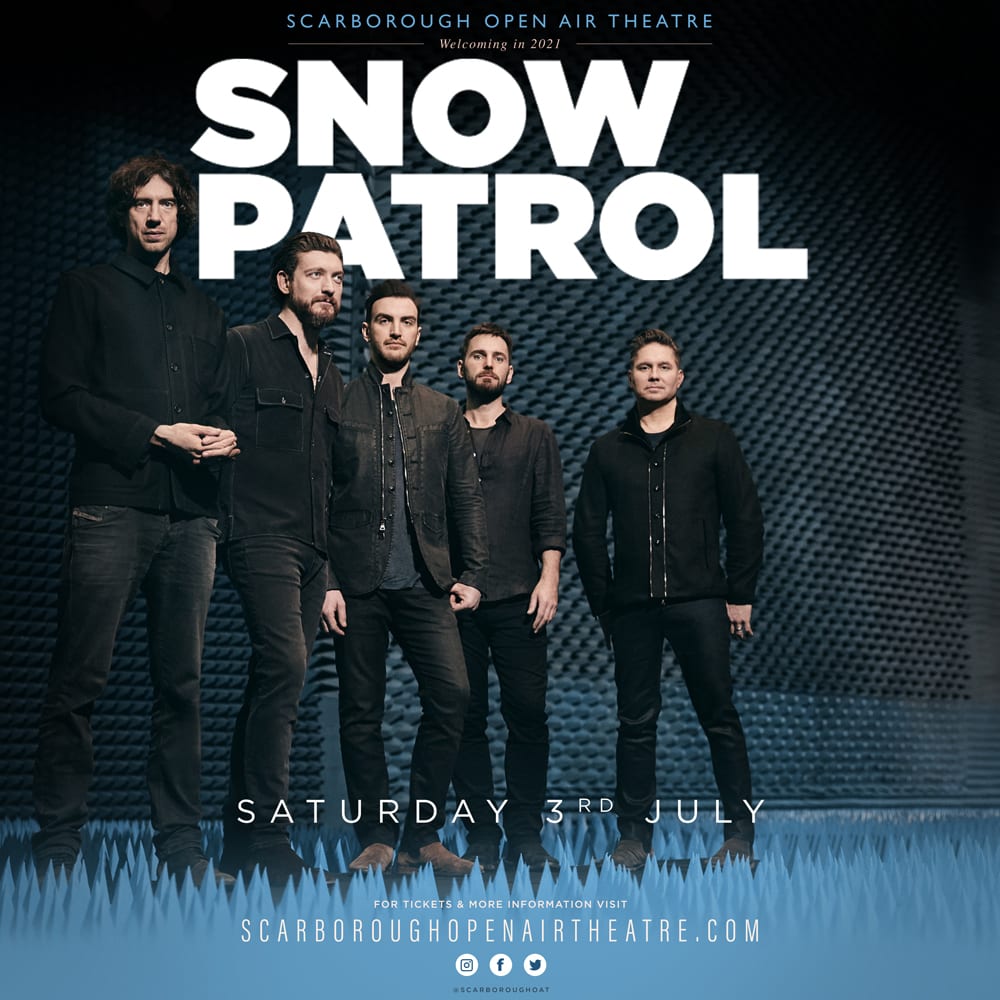 The multi-award winning band behind such anthems as Chasing Cars, Run, You’re All I Have, Signal Fire, Called Out in the Dark and Take Back the City will bring their stunning live show to Britain’s largest open-air arena on Saturday July 3.

Tickets go on general sale via scarboroughopenairtheatre.com at 9am on Friday November 6.

The band broke into the mainstream in 2003 with their album Final Straw, featuring Top 5 hit Run. 2006’s Eyes Open saw them truly propelled to a global audience as massive hit single Chasing Cars went on to become UK radio’s most played song of the 21st century.

After taking some time out, Snow Patrol returned in 2018 with the brilliant Wildness – their first studio album in seven years. The band followed up its huge success with a sensational live tour which included a homecoming gig in front of 35,000 fans in Bangor, Northern Ireland.

They were due to play Scarborough Open Air Theatre in 2020 only for the date to be cancelled due to the global pandemic. During lockdown the band recorded a new EP – The Fireside Sessions – with the help of a few thousand friends!

The EP is made up of five songs written by the band’s fans during a series of streams on Instagram Live dubbed ‘Saturday Songwrite’. In a nod to this collaboration, the EP was released under the banner of Snow Patrol And The Saturday Songwriters with all proceeds from sales going to the anti-poverty charity, The Trussell Trust.

Scarborough Open Air Theatre programmer Peter Taylor said: “We were gutted when the 2020 season had to be postponed so we are delighted to be able to confirm Snow Patrol are heading to Scarborough OAT in 2021.

“They are hugely successful and influential band who have written and recorded some of the best-loved indie rock anthems of the last 20 years. These special songs are going to sound amazing at this unique venue. It’s going to be an incredible night.”