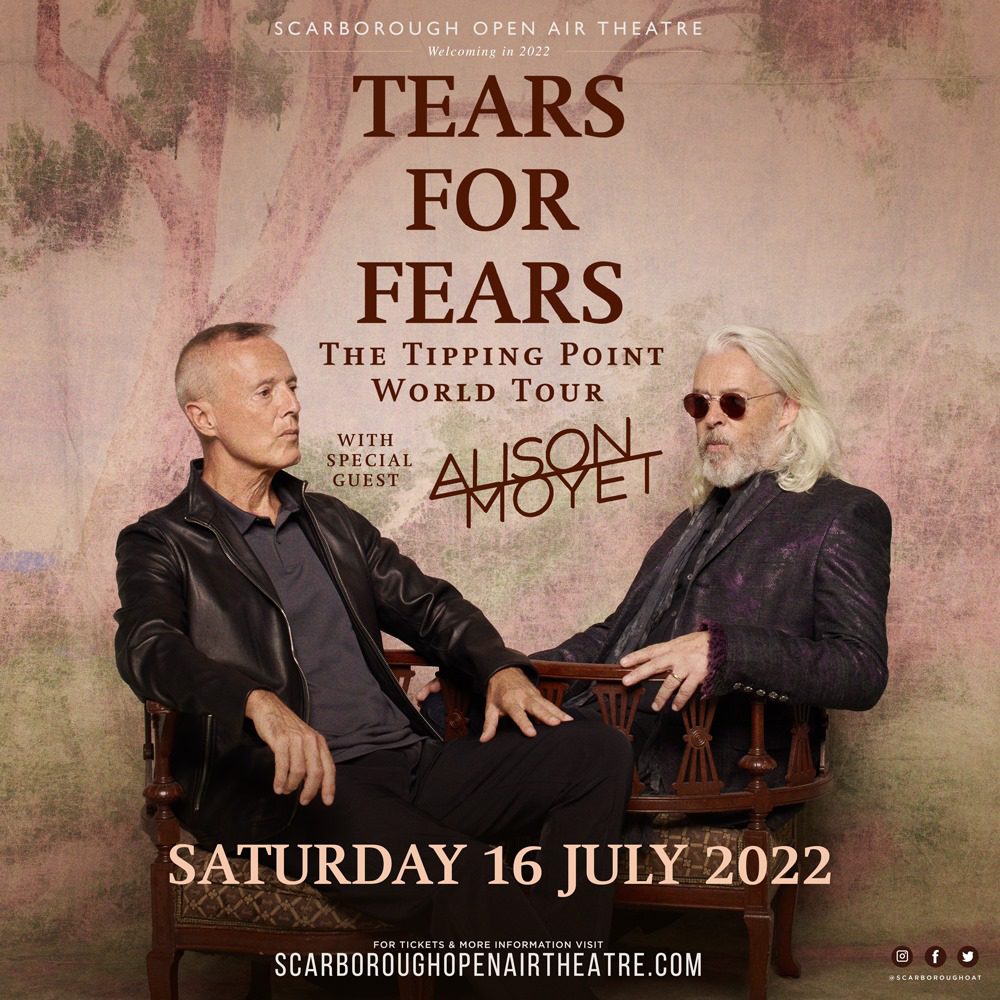 As part of ‘The Tipping Point World Tour’ the band will be touring the UK in July 2022 with special guest Alison Moyet – including dates at Leeds Millennium Square on Thursday July 14 and Scarborough Open Air Theatre on Saturday July 16.

Tickets go on general sale at 9am on Friday November 19 via ticketmaster.co.uk

Fans who pre-order The Tipping Point from the band’s official online store will be eligible for an exclusive ticket pre-order from the November 17 – two days before the tickets go on general sale.

Also on sale from the band’s official store as of this Friday is an exclusive limited edition PINK vinyl version of The Tipping Point.

Speaking about going back out on the road Curt Smith said: “We couldn’t be more excited to start playing concerts again. We’ve missed seeing our friends on the road around the world and the energy of performing live.”

Roland Orzabal added: “The Tipping Point has been a long time in the making and we are looking forward to playing our favourites from the new album as well as our classics from throughout the years.”

Arriving on the February 25, The Tipping Point is the band’s first album since their reunion album Everybody Loves A Happy Ending in 2004.

Since then, the band have toured extensively, including a sold-out UK arena tour and in 2017 released Rule The World, a best-of compilation that returned the band to upper reaches of the album charts once more. In September of 2022 the band were honoured with the Outstanding Song Collection Award at the 2021 Ivor Novello Awards.

When asked why make The Tipping Point now, Roland Orzabal explained: “Before everything went so right with this album, everything first had to go wrong, it took years, but something happens when we put our heads together. We’ve got this balance, this push-me-pull-you thing – and it works really well.”

Tears For Fears were one of the most iconic bands of the 1980s, selling more than 30 million albums worldwide with singles such as Shout, Everybody Wants To Rule The World, Mad World, Sowing The Seeds Of Love and Woman In Chains acknowledged as classics.

The Tipping Point is the bold, beautiful and powerful sound of Tears For Fears finding themselves together, once again.