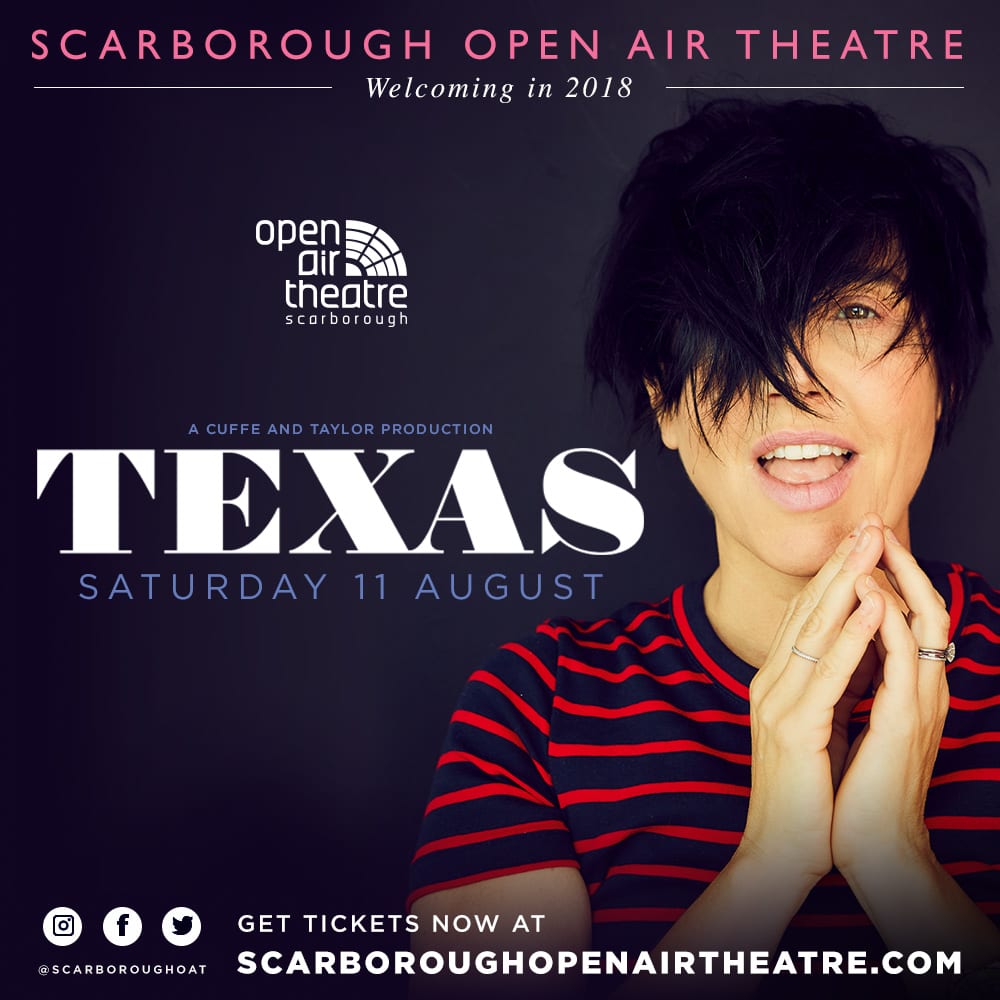 The Scottish band – who have sold more than 40 million albums in a brilliant career that has spanned four decades – will play Europe’s largest open-air theatre on Saturday August 11.

Led by vocalist Sharleen Spiteri and co-founder Johnny McElhone, Texas are riding high following the success of their ninth studio album ‘Jump on Board’.

Released in May 2017, and bursting with great songs influenced by Northern Soul, Disco, seminal British groups like the Bee-Gees and Orange Juice, it became the band’s sixth UK Top 10 album.

Singles ‘Let’s Work It Out’ and ‘Tell that Girl’ were major radio hits and Texas played a string of scintillating live shows.

The new songs sit brilliantly alongside the band’s massive hits that include ‘I Don’t Want A Lover’, ‘Say What You Want’, ‘Halo’, ‘Summer Sun’. ‘Getaway’ and ‘Black Eyed Boy’.

Known for their compelling live sound, this will be a not-to-be-missed show at Scarborough OAT, presented by Cuffe and Taylor. Director Peter Taylor said: “Texas have produced hit after hit over the last four decades and remain a must-see live band.

“Their latest album is up there with their best work and we are delighted to be bringing them here to this wonderful venue.”