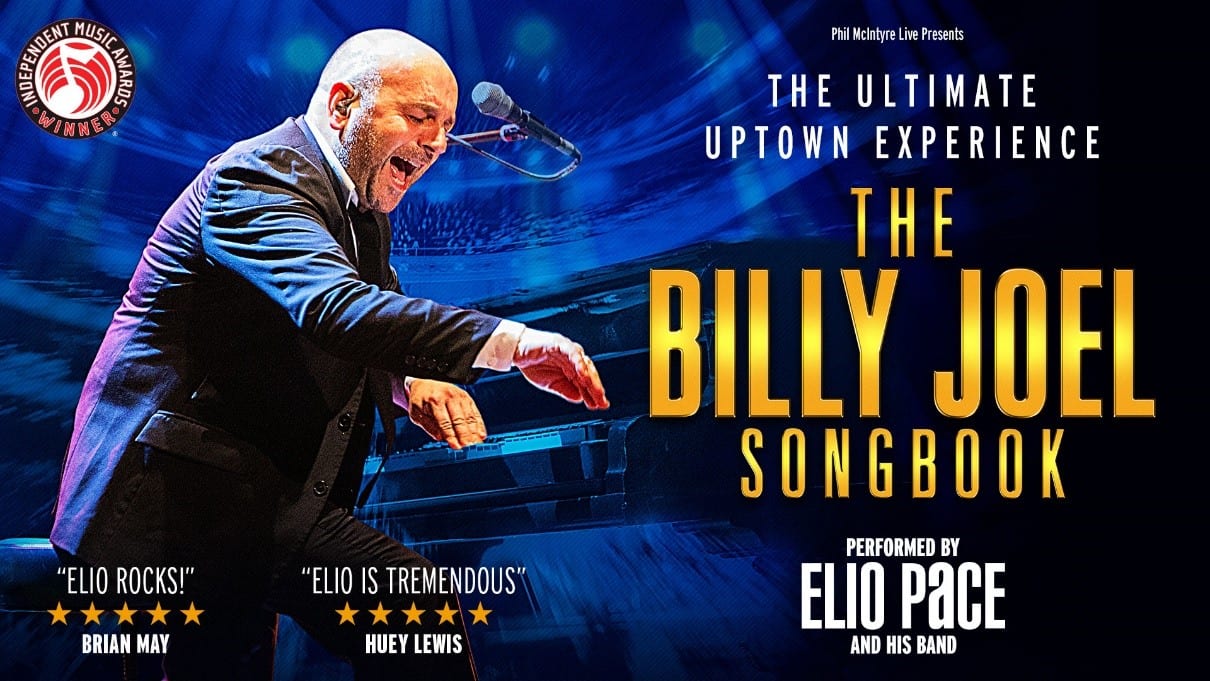 The exciting live show celebrating the music of Billy Joel will visit towns and cities across England and Wales from September 24.

The Billy Joel Songbook pays homage to one of the most iconic musicians, singer-songwriters, and composers of the 20th Century, and will see Elio and his incredible band celebrating the legendary US musician with a unique blend of pop, rhythm and blues, jazz and rock ‘n’ roll.

The tour in full:

The Billy Joel Songbook will transport the audience through a catalogue of Joel’s music, performing more than 30 hits including The Longest Time, She’s Always A Woman, An Innocent Man, Uptown Girl, Tell Her About It, The River of Dreams, We Didn’t Start The Fire and Piano Man.

Speaking about taking the show on the road in 2021, Elio said: “Billy Joel is a genius composer and I feel unbelievably humbled that people want to see us perform The Billy Joel Songbook.

“We have had tremendous fun with the tour previously so we are very excited to be able to get back out on the road later this year. This show is uplifting and it is an absolute pleasure to be able to bring this incredible music to life for audiences again.”

The late broadcaster Sir Terry Wogan was a huge fan describing Elio as “Only sensational,” and in 2010 he was the musical director for BBC Radio 2’s Weekend Wogan performing as the featured artist on all 35 shows broadcast that year.

In 2013 and 2014 he was invited to ‘fill Billy Joel’s shoes’, starring in five very special reunion concerts in the USA with Joel’s original 1971-72 touring band. Following on from the huge success of these American shows, Elio embarked upon the debut tour of The Billy Joel Songbook selling out theatres across the UK.

For more information about The Billy Joel Songbook and to secure your tickets go to www.ticketmaster.co.uk