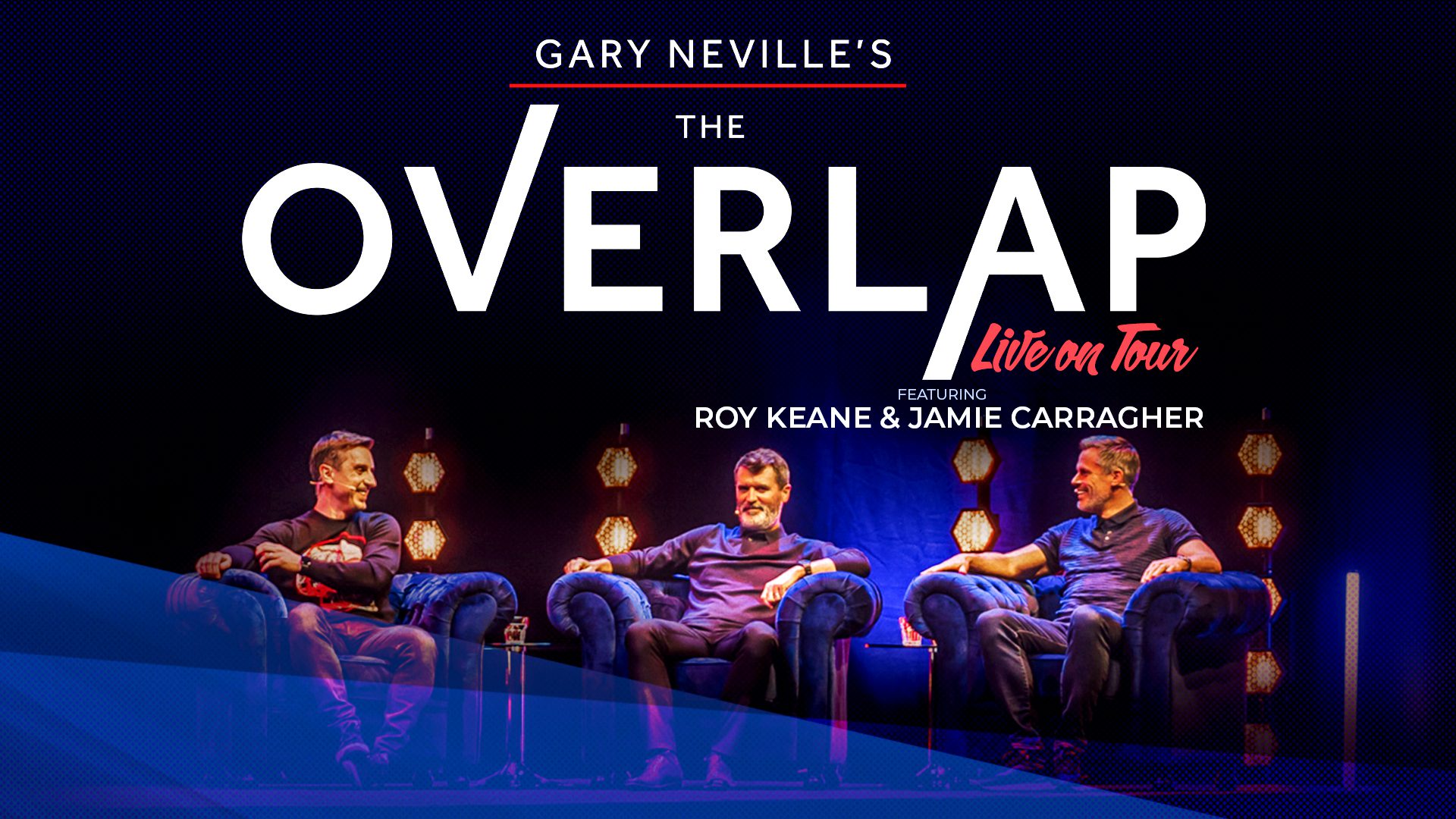 THE OVERLAP LIVE HEADS TO WEMBLEY!

YouTube sensation ‘The Overlap’ is on the road to Wembley for its biggest ever live show.

Football legends Gary Neville, Jamie Carragher and Roy Keane will take to the stage at the OVO Arena Wembley on Thursday November 10 for a night no sports fans will want to miss.

The trio – widely regarded as TV’s top pundits – will lift the lid on their celebrated playing careers as well as delving deep into today’s hottest sporting issues and fielding questions from the audience.

Tickets go on sale at 10am this Friday September 30 via cuffeandtaylor.com and fans are urged to not delay – the very first Overlap Live, held in Manchester earlier this year, sold out in a matter of minutes.

Since launching in April 2021, Gary Neville’s The Overlap has topped an astonishing 64 million views, one billion impressions and now boasts 473,000 subscribers.

The channel features exclusive interviews with some of world sport’s biggest stars who talk openly about the highs and lows of their careers, the triumphs and challenges of reaching the top of elite sport as well as sharing many hilarious anecdotes.

The Overlap’s live ‘Fan Debates’ have quickly become the stuff of legend as supporters get to put Gary, Jamie and Roy – together with a host of special guests – on the spot.

And the no-holds-barred opinions, passion and laughs all fans love is at the heart of The Overlap Live.

Gary said: “We took The Overlap live earlier this year and it was a brilliant night. We knew we had to do it again and Wembley was the only common ground we could find between the three of us!

“We’ll be opening up to questions throughout the night, which we might live to regret, but let’s give it a go. I can’t wait to take this to such a huge venue and it will be a great night – join us if you like!”

Presenters Kelly Cates and Josh Denzel will attempt to keep Gary, Jamie and Roy in check on the night. And as the show is just 10 days before the start of the 2022 World Cup, be prepared for plenty of infamous big tournament tales and predictions ahead of kick-off in Qatar.

The Overlap Live is presented by Cuffe and Taylor and Live Nation in association with Footprint Sports & Entertainment and Sky Entertainments.

Ben Hatton, Cuffe and Taylor’s director of theatre touring, said: “This is a night no football fan will want to miss. Gary, Jamie and Roy are rightly regarded as the nation’s top pundits and when you get the three of them together on stage sparks will undoubtedly fly!

“The Overlap enjoys phenomenal success so to take the show to such an iconic venue as the OVO Arena Wembley – situated just a few yards from Wembley Stadium – is going to make for a brilliant evening of football banter.”