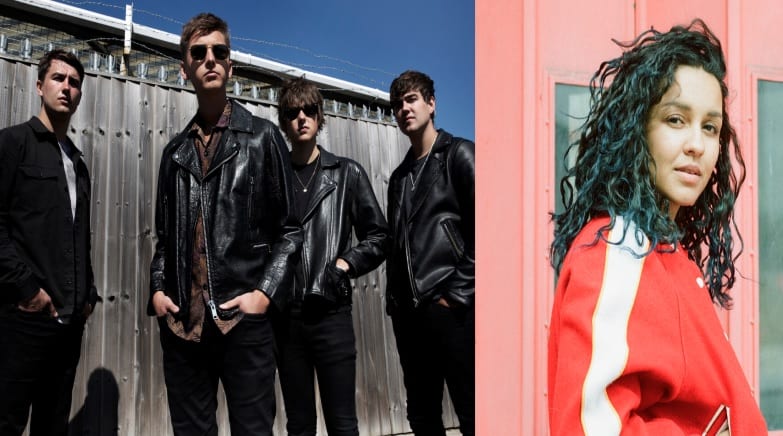 THE SHERLOCKS AND ELIZA SHADDAD TO JOIN KEANE FOR UNMISSABLE NIGHT

Keane – one of Britain’s most successful bands of the last 20 years – delighted their legions of devoted fans by returning from a six-year hiatus in 2019 with brilliant new album Cause and Effect.

They have won rave reviews since returning to the live arena and will play a massive headline gig at Scarborough Open Air Theatre on Friday July 17.

And they will be joined on the night by two of the UK’s most highly-regarded up-and-coming artists.

It is almost five years since Sheffield alt-rockers The Sherlocks burst onto the scene with a succession of radio hits and stellar live shows. Their 2017 debut album Live for the Moment was a Top 10 hit and was followed last year by their sophomore offering Under Your Sky, which won rave reviews and boasts anthemic new single One Day.

The Sherlocks – Kiaran Crook (guitar/vocals), Brandon Crook (drums) and Josh Davison (guitar) and Andy Davison (bass) – have played some massive gigs and festivals both as headliners and as special guests to such rock luminaries as Liam Gallagher, The Kooks and Kaiser Chiefs.

When Scottish-Sudanese singer-songwriter Eliza Shaddad released her debut album Future in 2018 it instantly won praise from the likes of Rolling Stone, MOJO and The Sunday Times. Her new EP Sept-Dec, features a grungier and edgier sound that has had the critics purring their approval.

Named a Rising Star of 2019 by the BBC, Eliza’s reputation for powerful live shows has seen her touring extensively with the likes of Kate Tempest, James Bay and Turin Brakes. She will join Keane throughout their 2020 UK Tour.

Their 2004 debut album Hopes and Fears, which gave the world such timeless classics as Somewhere Only We Know, Everybody’s Changing, This Is The Last Time and Bedshaped, is ranked among the UK’s 40 best-selling albums of all time.

Their 2019 return Cause and Effect – which includes the singles The Way I Feel, Love Too Much and Stupid Things – was produced by David Kosten and the Keane themselves, and is the sound of a band rejuvenated.