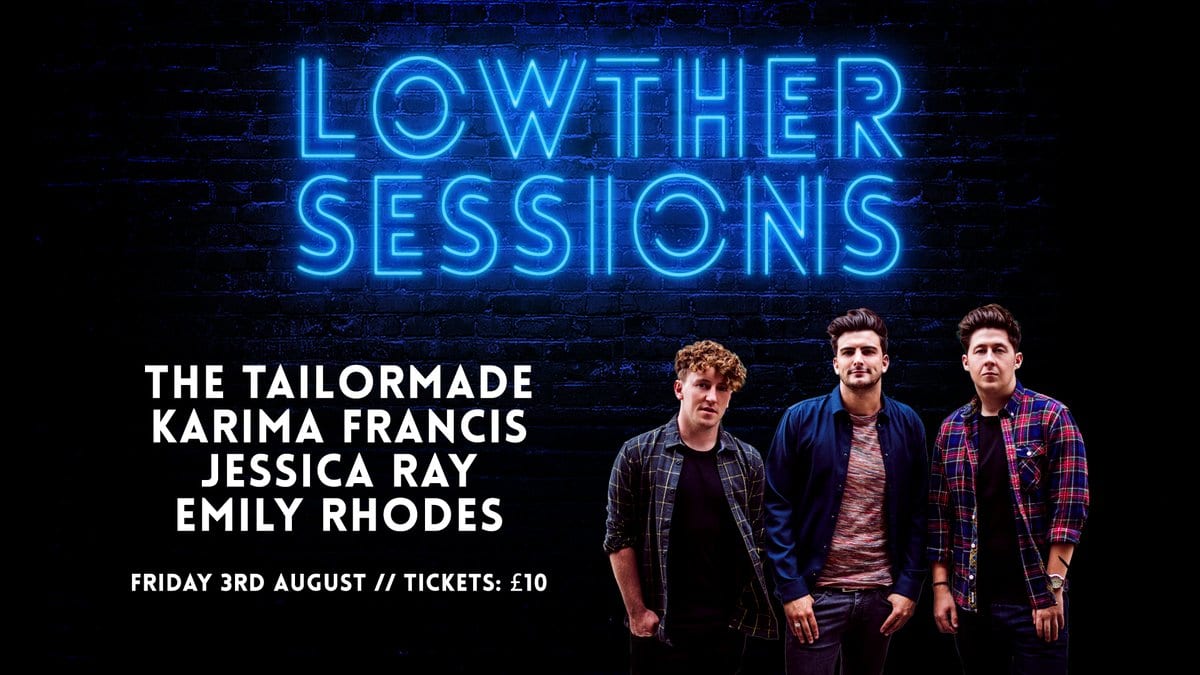 Fresh from a sensational set on Lytham Festival’s main arena stage, and a summer tour supporting music legends Madness, The Tailormade are back in town to headline the first ever Lowther Sessions.

Tickets are just £10 and are on sale now from www.lowtherpavilion.co.uk

Indie pop band The Tailormade – who have supported the likes of Madness, Olly Murs, George Ezra, CeeLo Green and McBusted – will headline the night supported by Karima Francis, Jessica Ray and Emily Rhodes.

The Tailormade frontman Jack Frimston is from St Annes and met bandmates Matt Pickersgill and Aaron Murphy while studying at university.

They became Radio One stars when they busked in competition with a disguised James Arthur and The Vamps at London’s Waterloo Station with Breakfast Show host Nick Grimshaw labelling them the station’s house-band.

Speaking about Lowther Sessions, Jack said: “We had another amazing night at Lytham Festival supporting George Ezra last week, so we cannot wait to get back to headline the first ever Lowther Sessions.

“We are on with some really talented musicians and it is great that Lowther is putting this night on to showcase what live music talent is out there.

“We gig all over the country, and are based in London, but Lytham is our adopted home – we love playing here. We always have such a party on stage when we play Lytham and we expect this to be no different. Bring your dancing shoes folks!”

The Tailormade, who are managed by Cuffe and Taylor, head out on their first headline UK tour in October.

Karima Francis will be returning to the Fylde coast to perform a raw and powerful acoustic set at the Lowther Sessions. She has appeared on Later with Jools Holland and also supported artists such as Paul Simon, Amy Winehouse and The Stereophonics. She is now working on new music and this could be your chance to hear it first.

Also featuring will be talented singer-songwriter Jessica Ray, who brings together soulful blues tones with energetic pop rock. This is your chance to hear her debut single and more.

Opening the night will be Fylde coast teenage singer-songwriter Emily Rhodes who herself is no stranger to Lytham having twice performed at Lytham Festival, most recently supporting The Mersey Beatles at their sold-out Lowther Stage show. Emily is currently a finalist in the Mayor of London’s Busk In London competition.

Tickets for Lowther Sessions on Friday August 3 are just £10 and are on sale now from www.lowtherpavilion.co.uk