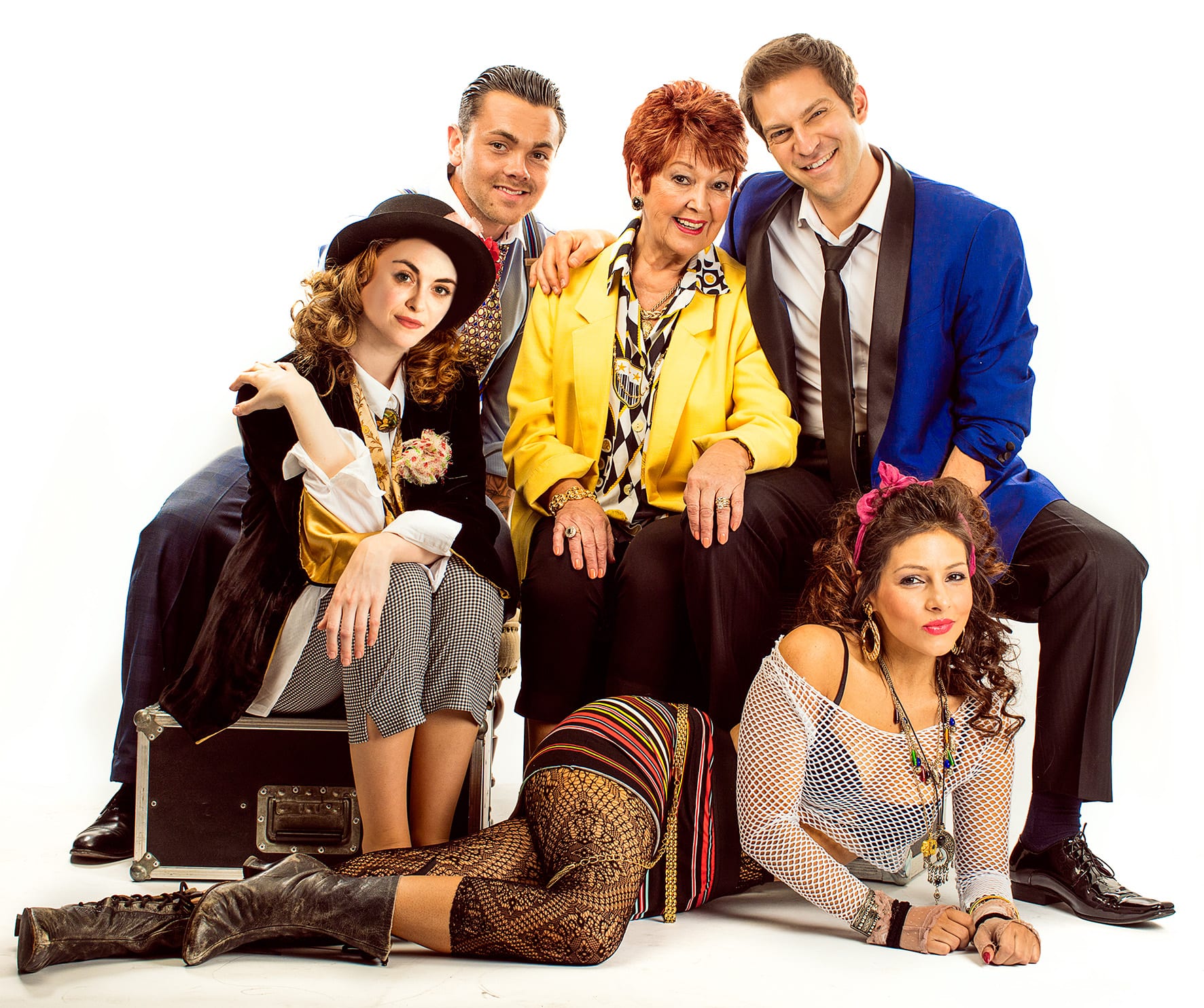 Step back in time and get ready for the biggest party in town as a sparkling new production of The Wedding Singer is heading to Blackpool’s Winter Gardens for one week only next Spring.

Jon Robyns, Ray Quinn, Cassie Compton, Roxanne Pallett and Ruth Madoc will star in the hilarious musical based on the hit film.

The Wedding Singer will play Blackpool Opera House from Tuesday July 4 to Saturday July 8 2017. Tickets priced from £15 go on sale from 9am Friday July 8 and are available from www.wintergardensblackpool.co.uk

It’s 1985. Hair is huge, greed is good and rock-star wannabe Robbie Hart is New Jersey’s favourite wedding singer. When his own fiancée dumps him at the altar a seriously bummed out Robbie makes every wedding as disastrous as his own.

Can sweet natured Julia and her best friend Holly lure Robbie out of the dumpster and back into the limelight?  Or is he going to see her head off down the aisle with Wall Street bad boy Glen. Only Grandma Rosie seems to be able to see that Robbie and Julia are the couple that are meant to be.

Today’s announcement is just the second show to be unveiled for Blackpool Opera House in 2017 after it was revealed earlier this year that Wonderland – a musical adaptation of Lewis Carroll’s Alice’s Adventures in Wonderland and Through the Looking Glass – will run at the venue next April.

Winter Gardens Managing Director Michael Williams said: “This is a great announcement for 2017. The Wedding Singer promises to be an absolutely fantastic show and we are thrilled the Opera House will be part of the UK tour.

“The show has a really strong cast with Ruth, Roxanne and Ray all having strong Blackpool links having previously performed here so we look forward to welcoming them back as well as offering a warm welcome to all their fellow cast members.

“We are absolutely packed with hit musical theatre shows at the Winter Gardens during 2016. The Wedding Singer is just the second show to be announced for 2017 with many more exciting announcements to come soon.”

He is joined on stage by British singer-songwriter Ray Quinn as Glen who shot to fame as the runner-up in ITV1’s The X Factor in 2006 and as champion of Dancing on Ice in 2009. In 2014 he won Dancing on Ice: Champion of Champions. His theatre credits include Danny Zuko in Grease (West End), Dirty Dancing (West End) and Legally Blonde (UK Tour).

West End leading lady and X Factor finalist Cassie Compton plays Julia; her roles include Sabrina in American Psycho (Almeida, London) and Eponine in Les Misérables. Playing best friend Holly, Roxanne Pallett is perhaps best known for her long-standing role as Jo in ITV’s Emmerdale. She has also appeared in Waterloo Road and Casualty on screen and in The Rocky Horror Picture Show, The Vagina Monologues and John Godber’s On The Piste on stage.

The Wedding Singer 2017 UK Tour is Directed and Choreographed by Nick Winston. Set and Costumes are by Francis O’Connor. Musical Supervision is by Sarah Travis with Musical Direction and Orchestration by George Dyer. Lighting Design is by Ben Cracknell with Sound Design by Richard Brooker. Video Design is by Jack Henry James and Casting by Jim Arnold. The Wedding Singer is produced by Dan Looney, Paulden Hall Productions, Tom O’Connell and Jason Haigh-Ellery.

Don’t miss your chance to join the party of the year – with a musical that promises to get you up dancing faster than your Dad at a wedding, The Wedding Singer is packed with songs which capture all the fun and energy of the Adam Sandler smash hit film.

The Wedding Singer plays Blackpool Opera House from July 4 to July 8 2017. Tickets go on sale at 9am Friday and for more information or to book tickets go to www.wintergardensblackpool.co.uk