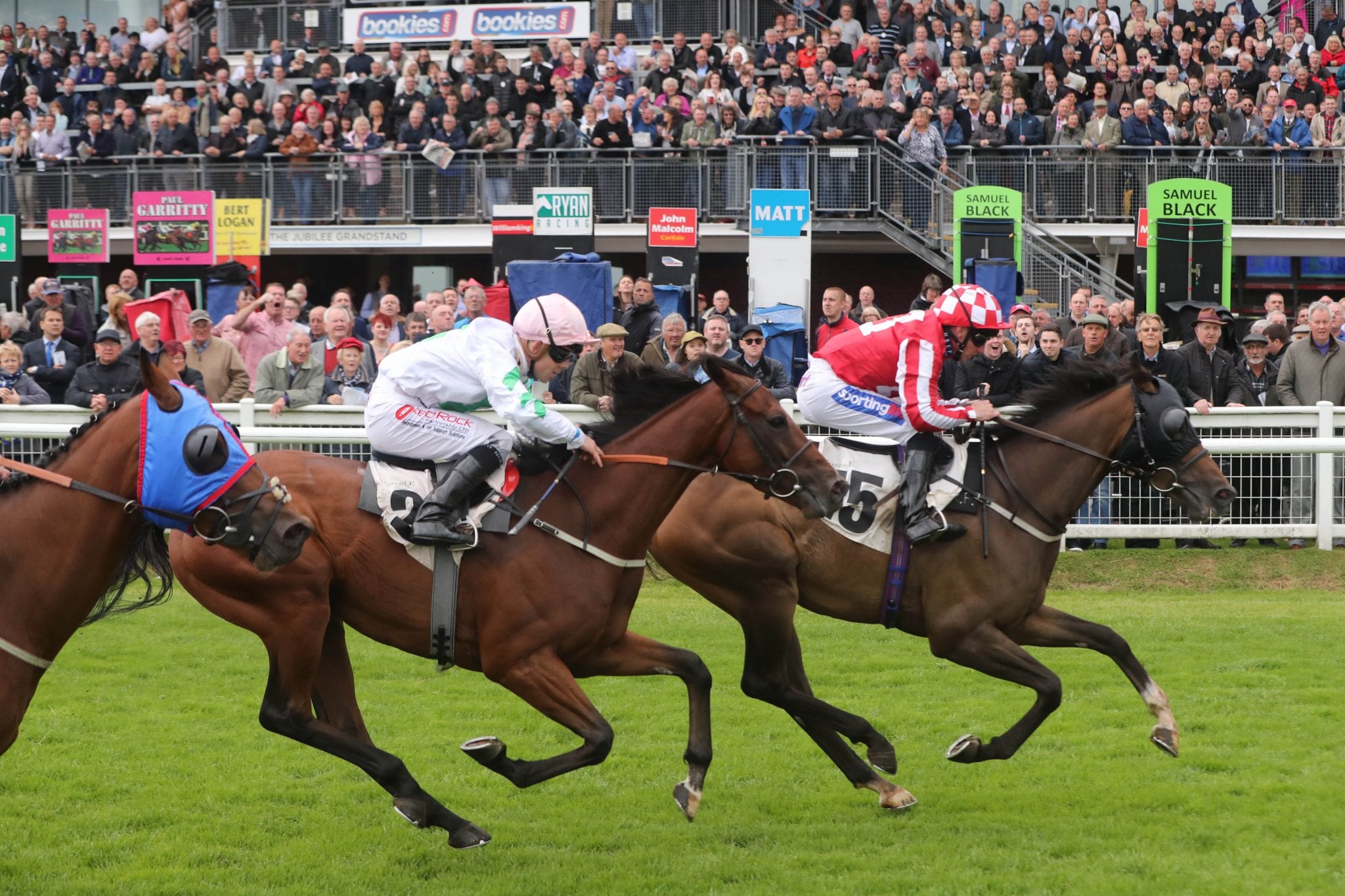 Racing’s speed kings are heading back to Carlisle – and one leading trainer is already eyeing a repeat of his most famous triumph at the course.

Flat racing returns to Cumbria on Monday May 21 with the first fixture of 2018. It will be followed by a season packed with top quality racing, historic meetings and live music events.

Trainer Richard Fahey is certainly relishing a new season at Carlisle and a repeat of his 2017 success.

Fahey triumphed in the coveted Carlisle Bell for the first time in his illustrious career and finished as the course’s top trainer with a stunning final day treble.

Those victories helped his Musley Bank stables to 200 winners in the year, the second time they’ve managed the feat. Now he’s hoping that Cumbria will once again prove a happy hunting ground.

Fahey said: “We Like Carlisle. We’ve sent plenty of horses over the years and this season will be no different.

“You don’t get many hard luck stories at Carlisle. It’s a fair track. By that I mean you can win from the outside, there’s plenty of room to get around.”

That’s exactly what Fahey’s Carnageo did under Paul Hanagan when coming from behind to take the historic Bell in June and justify his 13-2 joint favourite starting price.

Fahey, based at Malton, North Yorkshire, said: “He came from a long way back that day. He got a good gallop on.”

That success at Carlisle’s showcase Flat meeting in June was followed with three winners as the season drew to a close in September.

Fahey trailed Keith Dalgleish going into the Durdar circuit’s final meeting. But wins for Powerful Society, Ocean Voyage and Billy Bond – at 20-1 in the very last race – meant Fahey finished with 10 winners and the track’s top spot for 2017.

This time, the stable’s early season has been blighted by the poor weather meaning Fahey hasn’t seen as much as he would like of some of his charges. Decisions on likely runners for the opening fixture on Monday May 21 have yet to be made.

He added: “We’re behind where we want to be but it looks like we’re in for some dry weather now, so we’ve got some catching up to do.”

Fahey wants to notch a third season of 200-plus winners and ultimately to beat the £4m in prize money secured last year.

He’s also looking for a new name to lead the charge after the retirement of his star thoroughbred, Ribchester.

Sands of Mali could be that horse. Already a winner at Chantilly in April he looks set for a tilt at the Group 1 Commonwealth Cup at Royal Ascot.

Fahey will join a host of leading trainers at Carlisle’s season debut on May 21.

Dalgleish, pipped for the course’s leading trainer crown in 2017, is a big supporter of the course and landed the 2016 Carlisle Bell with Edgar Balthazar.

And the course’s General Manager Molly Dingwall cannot wait to welcome the jockeys, trainers, horses and punters to the course.

Molly said: “The course is looking great and we have a packed season ahead.

“Carlisle Bell and Cumberland Plate day always throws up some intriguing match-ups and, of course, on the day we will crown the latest winner of a race which has been run since the days of Elizabeth I.

“Both trainers and jockeys love coming to Carlisle and the real test it gives them. We’ve seen some great horses here down the years we are looking forward to see what this season brings.

“Alongside the top racing we also have some amazing social events coming up, so it’s fair to say we cannot wait to welcome everyone here from May 21.”