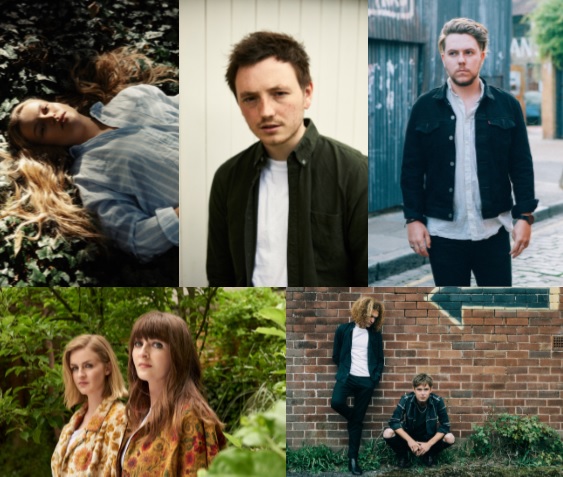 Chart topper Lewis Capaldi will be joined by some of the UK’s finest emerging talent when he plays two sell-out dates at Scarborough Open Air Theatre this summer.

Lewis – whose debut album Divinely Uninspired To A Hellish Extent has topped the UK Album charts for the last four weeks – will play the UK’s largest open-air arena on Saturday July 20 and Friday August 30.

General admission tickets for both dates have now sold out.

The 22-year-old singer songwriter, whose sensational double platinum-selling single Someone You Loved has been a hit around the globe, will be joined in July by Ward Thomas, Saint Raymond and Charlotte and by Seafret, Lewis Watson and Charlotte again when he takes to the Scarborough OAT stage again in August.

Fresh from their own UK headline tour, and off the back of their European dates with Jack Savoretti, Ward Thomas have just released the video for the heartbreakingly beautiful new single One More Goodbye which is taken from their third hit album Restless Minds.

Yorkshire’s very own Seafret – who are Jack Sedman and Harry Draper – have won legions of devoted fans and critical acclaim since the release of their 2016 debut album Tell Me It’s Real. The Bridlington duo released their fourth EP last year which featured the singles Monsters and Can’t Look Away and are currently working on their second album.

Oxford-based singer-songwriter Lewis Watson has toured the world and seen his songs streamed more than 200 million times. His new single Meant For Me is a beautiful taster of what to expect from his forthcoming third album on which he has collaborated with producer Richard Wilkinson (Honne, Rhys Lewis, and Kaiser Chiefs).

Saint Raymond – singer-songwriter Callum Burrows – returned late last year with his sensational single Echoes. Having previously been the opening act for Ed Sheeran, Saint Raymond boasts melodic anthems that pack a punch from infectious choruses and lyrics that address the poignancy and euphoria of life.

Mesmerising songs such as Nervous, Somebody To Hold, I Tell Lies and Just Me showcase a truly unique talent that is already being tipped as one of the most exciting new artists of the year.

For tickets and more information about all shows at Scarborough Open Air Theatre go to www.scarboroughopenairtheatre.com