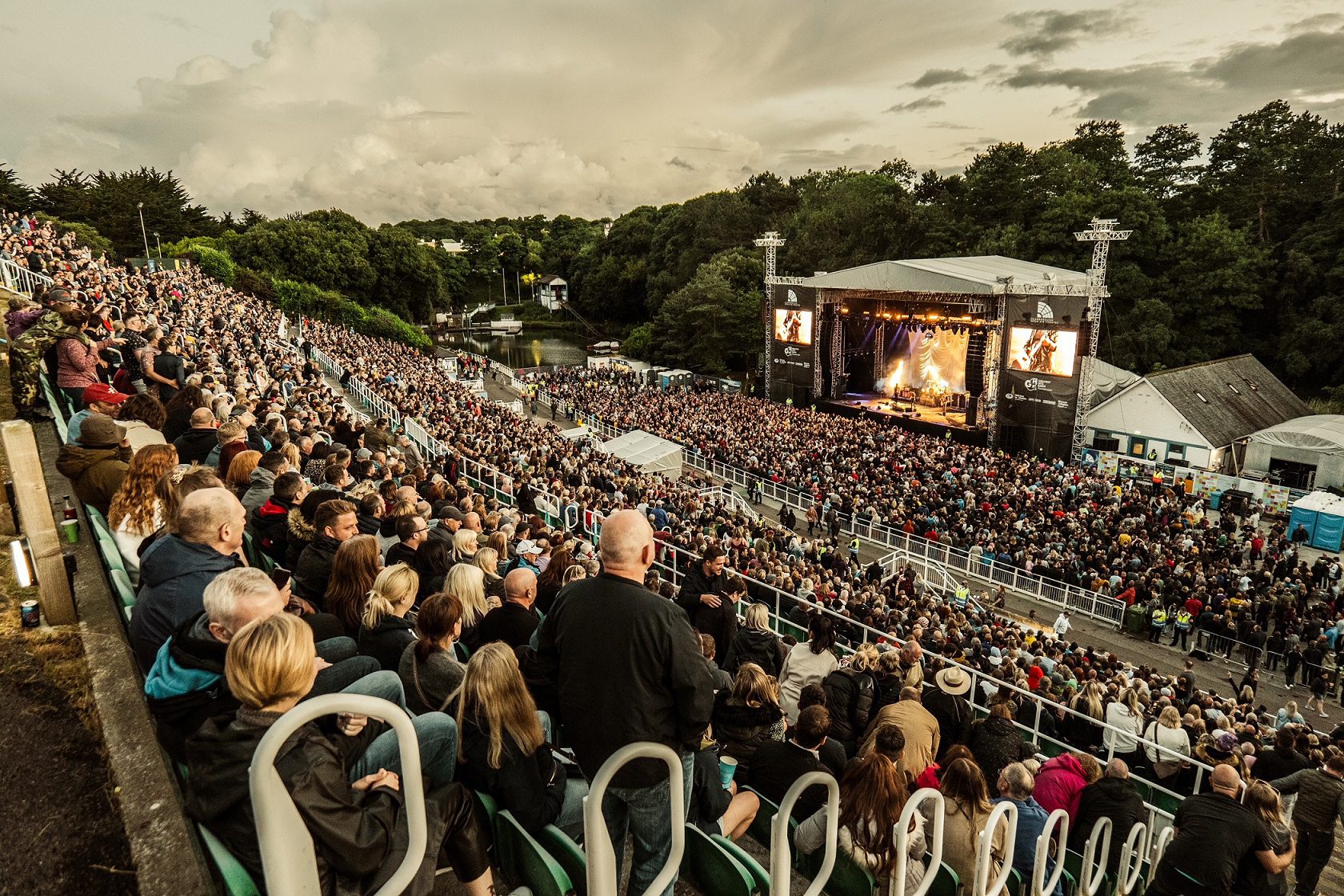 Manchester greats Courteeners take to the stage on Wednesday night for what will be the 100th headline show at the Yorkshire coast venue since it re-opened to the public in 2010.

24 hours later, on Thursday, it will be the turn of fellow Mancunian legends James to headline before chart-toppers Snow Patrol complete a week to remember on Friday.

Final tickets for all three shows are available from www.scarboroughopenairtheatre.com

More than 450,000 people have attended a concert at Scarborough OAT since Her Majesty The Queen re-opened the refurbished Scarborough Borough Council-owned arena 11 years ago.

This year’s star-studded season – which comes to a close next week with a sell-out show from pop legends Duran Duran – has been a welcome return for a venue cherished by both locals and music fans from across the UK.

Cllr Jim Grieve, Scarborough Borough Council’s cabinet member for quality of life, said: “Since reopening in 2010, Scarborough Open Air Theatre has established itself as the borough’s premier outdoor live music venue.
“Working with our partners we’ve brought some of the biggest names in the music industry to the Yorkshire coast. This has boosted the area’s reputation for high quality events and contributed millions of pounds to the local economy.

“As we reach the milestone of 100 shows at the theatre this week, we look forward to many more years of fantastic events to come.”

Live music is programmed at Scarborough OAT by promoters Cuffe and Taylor, who are part of Live Nation and have a 10-year contract to deliver headline shows at the venue, which now boasts a capacity of 8,000.

Venue programmer Peter Taylor said: “What a week we have in store here at Scarborough Open Air Theatre. Courteeners, James and Snow Patrol are three of the biggest names in British indie rock and to bring all three here in the same week is just fantastic. This really is going to be a week to remember.

“Cuffe and Taylor is so proud to have programmed live music at this wonderful venue since 2016, in which time we have brought many world-famous music icons to the Yorkshire coast. We absolutely love it and we cannot wait to add to the century of big-name headliners in the years to come. Watch this space!”

Shows at Scarborough OAT attract thousands of visitors to the Yorkshire coast each summer and have created an estimated benefit to the borough of more than £25m in the last decade.

Cuffe and Taylor work hand-in-hand with the dedicated council-led team at Scarborough OAT.

Stuart Clark, Scarborough OAT venue manager, has worked on more than 90 of the 100 headline shows since 2010. He said: “It’s a brilliant venue – a real jewel in the Yorkshire coast’s crown. You only have to look at the calibre of artists who come here regularly to realise how well thought of Scarborough OAT is.

“It’s such a team effort to put these shows on and I cannot thank the incredible team here at the venue and Cuffe and Taylor enough. But above all we’d all like to thank the people of the borough and the Yorkshire coast for their incredible support of the venue down the years – and here’s to many more brilliant nights at the OAT!”

For tickets and information about events at Scarborough Open Air Theatre visit www.scarboroughopenairtheatre.com or call the venue box office on (01723 818111).