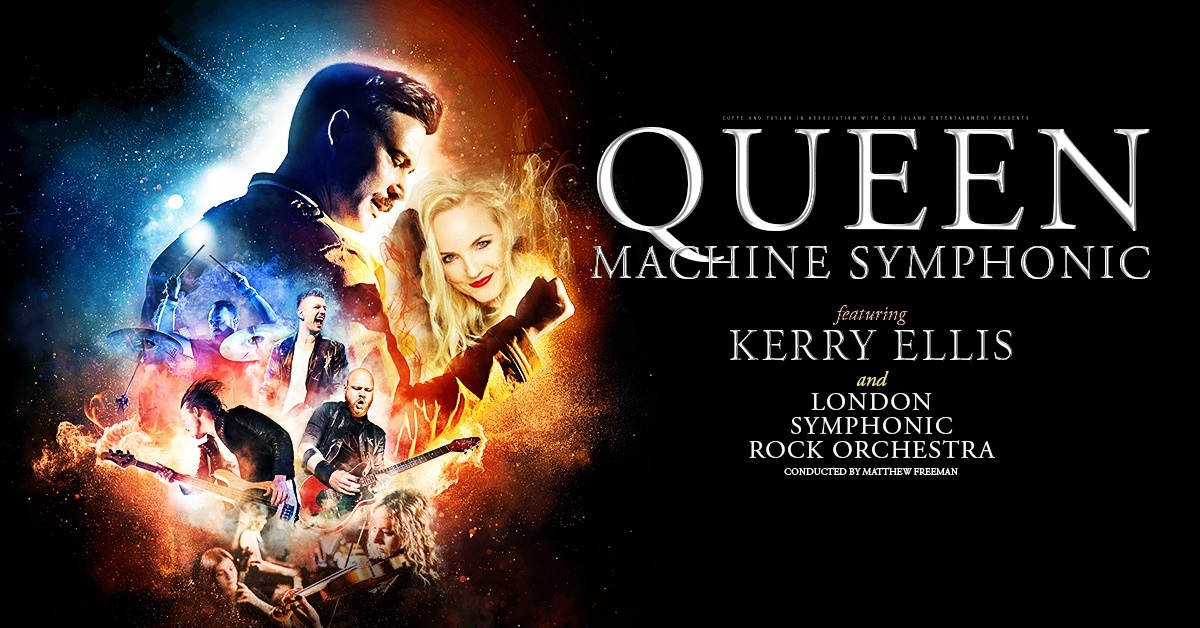 The music of rock legends Queen is to be celebrated like never before as West End leading lady Kerry Ellis joins Scandinavian tribute stars Queen Machine for a fully orchestrated show at Scarborough Open Air Theatre.

This stunning show – which embarks on a full UK Tour in 2020 – will make its world premiere at Scarborough OAT on Saturday August 31.

Tickets go on sale at 9am on Friday, April 19 from www.scarboroughopenairtheatre.com

Making their UK touring debut, Queen Machine are the go-to tribute band for the Official International Queen Fan Club and are one of the most popular bands in their native Denmark and neighbouring Scandinavian countries where they repeatedly sell out shows.

Joining them will be the UK’s leading lady of musical theatre Kerry Ellis, who originated the role of Meat, in Queen musical We Will Rock You. Since then, she’s forged a long-standing musical relationship and friendship with Queen guitarist Brian May, who describes the stage star as having “Britain’s most beautiful voice”. He produced her debut album Anthems, and they jointly released the follow up Golden Days in 2017, as well as extensively touring the UK and Europe together.

Conducting the tour will be Matthew Freeman, a platinum and gold disc award-winning conductor and arranger. He originally reworked the music of Queen for the Royal Philharmonic Orchestra in 2014 and conducted their Symphonic Queen concerts at the Royal Albert Hall in 2014 and 2017. The Symphonic Queen album was released in 2016.

The Official International Queen Fan Club hails Queen Machine as: “Quite simply one of THE best Queen tribute bands we have ever had at any of our events – don’t miss them.”

Since forming in 2018, the London Symphonic Rock Orchestra have recorded for Sir Cliff Richard’s Rise Up album and performed live with the Trevor Horn Band on Trevor Horn Reimagines The 80s at the Southbank Centre.

The Scarborough Open Air Theatre show is presented by Cuffe and Taylor. Director Peter Taylor said: “For fans of the incredible music of Queen this promises to be a must-see show. Brian May describes Kerry Ellis’s voice as ‘perfect’, and she’s long been associated with her versions of Queen tracks.

“Bringing together the London Symphonic Rock Orchestra with the powerhouse performances of Kerry and Queen Machine, to perform those iconic hits – We Will Rock You, Killer Queen, Somebody To Love, Barcelona and, of course, Bohemian Rhapsody – promises to create a truly sensational celebration of one of the most iconic bands in musical history.”

Tickets go on sale at 9am on Friday, April 19, via www.scarboroughopenairtheatre.com or in person from Scarborough Open Air Theatre Box Office (01723 818111) and the Discover Yorkshire Coast Tourism Bureau (01723 383636).