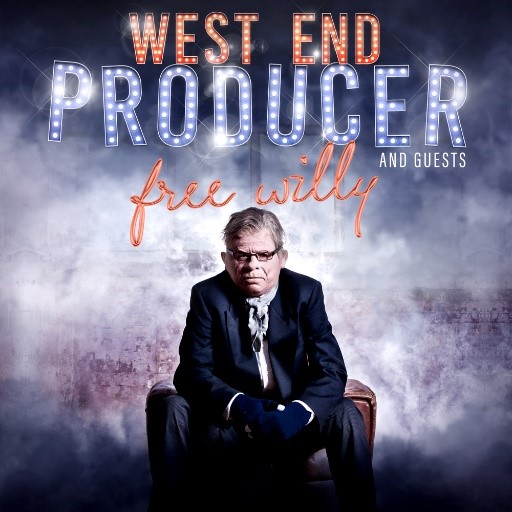 Theatreland’s anonymous cult figure West End Producer will take on Edinburgh this summer with his first hilarious show – as he auditions special guests for his Free Willy musical.

Come and join WEP, as he is known in theatrical circles, as he flips theatre on its head with theatrical secrets, stories, musings and songs – he will teach you the perfect jazz hand technique, how to bow properly, and will even give one lucky person some genuine worn West End show pants. You may even get the chance to audition and become WEP’s Willy of the Day.

This is no ordinary show, in West End Producer – Free Willy! the audience are on the panel as auditionees are invited to sing such iconic whale-based hits including – My Willy Needs to be Wet, Why is there a Whale in the Hot Tub? and One Sea Mammal More.

Speaking about his Edinburgh debut WEP said: “Dears, I am beyond thrilled to be spending the summer in Edinburgh as I search for my perfect Free Willy.

“You wonderfully gorgeous people will help me find my lead performer, as we decide if my guest has what it takes to be a singing sea mammal.

“I’ll even introduce you to one of Michael’s Balls and give you some tips on how to succeed in entertainment – but be warned, I expect some of the auditionees to be dreadful. Come and help me find my willy, dear”

Tickets are on sale now and for more information go to: www.assemblyfestival.com